Most modern web browsers mute audio content that plays automatically on websites that users visit on the Internet.

Firefox started to block autoplaying audio automatically with the release of Firefox 66 which Mozilla started to test in mid-2018 already in development versions of the web browser.

Google Chrome, and most Chromium-based browsers, block audio from playing automatically as well on sites.

Mozilla plans to improve Firefox's autoplay-blocking capabilities with the release of Firefox 69. Firefox 69 is scheduled for a September 3, 2019 release.

Starting with Firefox 69, Firefox users will get an option to add video to the autoplay-blocking behavior of the web browser. 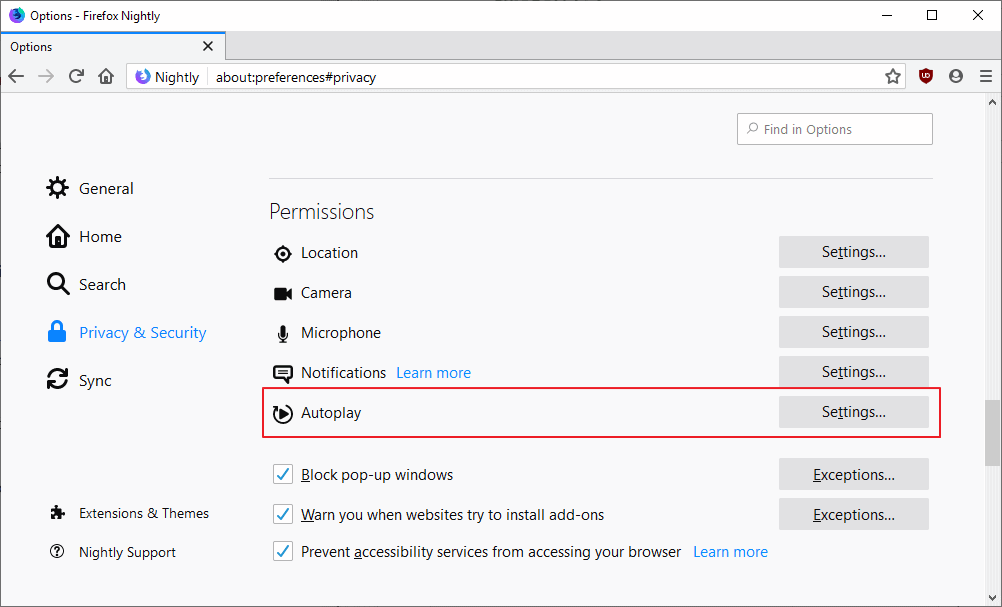 A click on the Settings button associated with the permission opens a new configuration overlay in the browser.

There you find an option to set the default level of blocking for all sites and to manage websites with custom autoplay permissions. 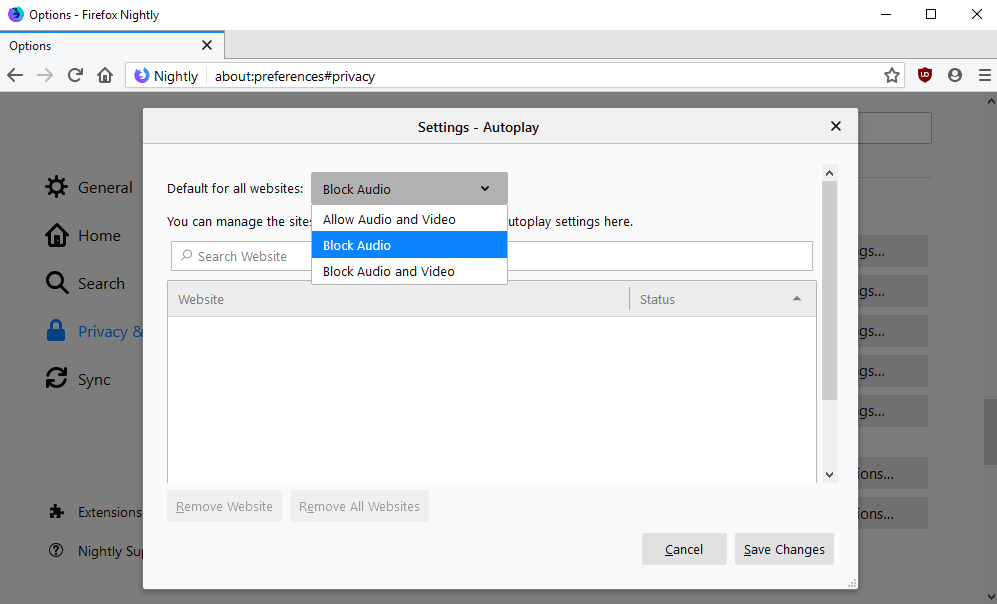 You cannot use the configuration prompt to set custom permissions for sites. That needs to be done on the frontend by clicking on the i-icon in the Firefox address bar. Doing so opens the site information options for the active site. 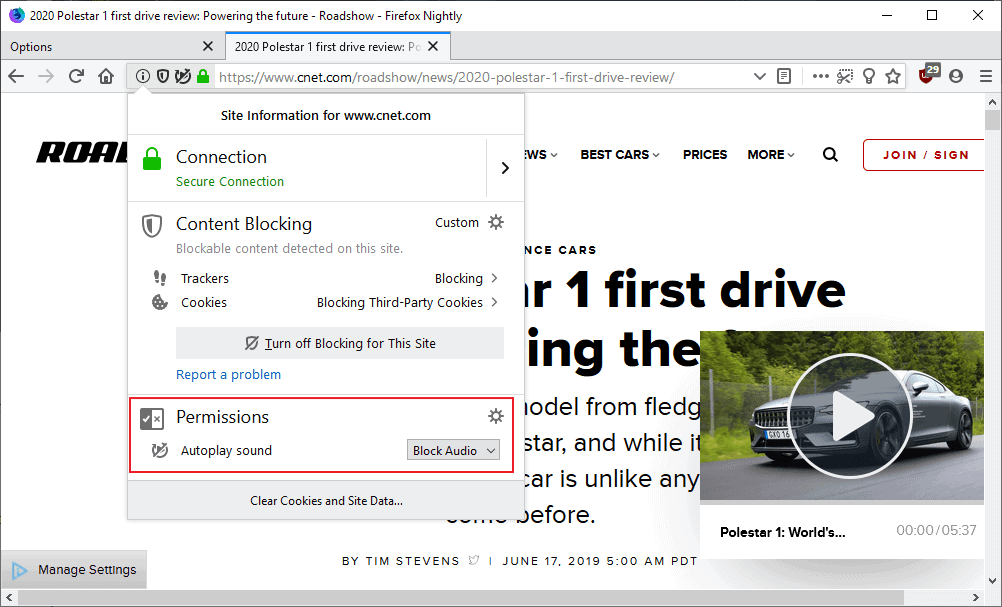 There you find information about the connection and content blocking, and permissions. Firefox displays all permissions that apply to the site; the development version of Firefox 69 displays "autoplay sound" still when autoplay is blocked or allowed on the site but that is surely going to get fixed before the stable release.

A click on the menu next to the blocking option displays the three levels of blocking. There you may set a custom level, e.g. allow audio and sound, for that particular site. The changes that you make apply to the entire site automatically.

A click on the settings icon next to permissions opens the autoplay permissions to manage the defaults and list of exceptions.

Firefox won't block video and audio content on media sites. When you open a video on YouTube, it plays just fine with audio as it is the desired behavior, and the same is true for other media streaming sites such as Dailymotion.

Extensions may block autoplay on video hosting sites such as YouTube, YouTube no Buffer, for example blocks autoplay on the site and when videos are embedded on third-party sites.

Starting with the release of Firefox 69, Firefox users get built-in options to block video content from autoplaying on sites automatically. The browser continues to block audio content only by default but users may change the default behavior in the settings to block video as well.

Now You: Do you like the change? Would you like to see other autoplay related improvements? (via Techdows)