Google Chrome 69, the next Stable version of the popular desktop web browser, will make Flash usage highly annoying for users that require it.

The company revealed that it will change the current permissions system for Flash. Currently, Chrome users can allow a site to run Flash. Doing so enables Flash support for that particular site from that moment on until the permission gets revoked by the user.  When you visit the site again, Flash is enabled on the site so that it can be used without having to give explicit permission again.

Starting with Chrome 69, Chrome does not allow users to set permanent Flash permissions for sites anymore. The effect? Users have to allow Flash on each session. Visit a gaming site regularly that requires Flash? Your favorite online game still requires Flash? Need to allow it for every session you do. Some sites still use Flash for interactive content, upload forms and other site elements, and users who interact with those elements regularly need to allow Flash content to load on every browsing session. 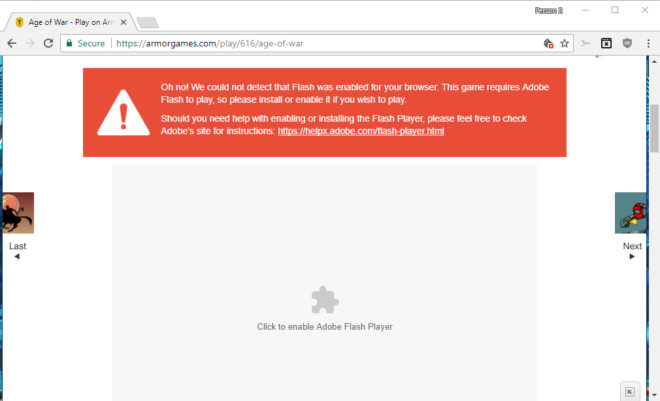 Google notes on the Chromium Flash Roadmap site that the rationale behind the decision is to "require affirmative user choice to run Flash Player content without that choice persisting across multiple sessions".

The change will make regular Flash use on sites highly frustrating for users as they have to give permissions over and over again when they visit those sites and need to interact with or load Flash content on them.

Google and other browser makers started to deprecate support for Flash in 2016 and while the process is still ongoing, Flash use on the Internet dropped considerably already. Chrome usage of Flash dropped from 80% in 2014 to less than 8% in 2018.

Mozilla too made Flash usage more restrictive in Firefox, for instance by blocking Flash content over HTTP in Firefox 55.

All modern browsers, e.g. Edge and Chrome, block Flash content by default and require explicit permission by the user to run it. Adobe announced in 2016 that it will retire Flash by 2020.

Google plans to tighten the screws even further in regards to Flash in mid 2019. Flash will be disabled by default in Chrome from mid 2019 onward. Users may enable Flash in the Settings at that point in time but will have to allow Flash content to run per site per session.

Flash support will be removed from Chromium and Chrome in 2020.

Flash is on its way out and all major browsers will stop supporting it by 2020 at the latest. The removal of Flash from browsers means that some content that is still on the Web cannot be loaded anymore. I'm not sure if someone started a preservation project for Flash content, e.g. with the help of virtual environments, to preserve Flash apps and games.

Google's decision to remove the ability to allow Flash for a site permanently will be highly annoying for Chrome users who visit Flash sites regularly. The move may drop Flash usage further in the browser as its use gets even more annoying.

Now You: What is your take on the new requirement in Chrome? 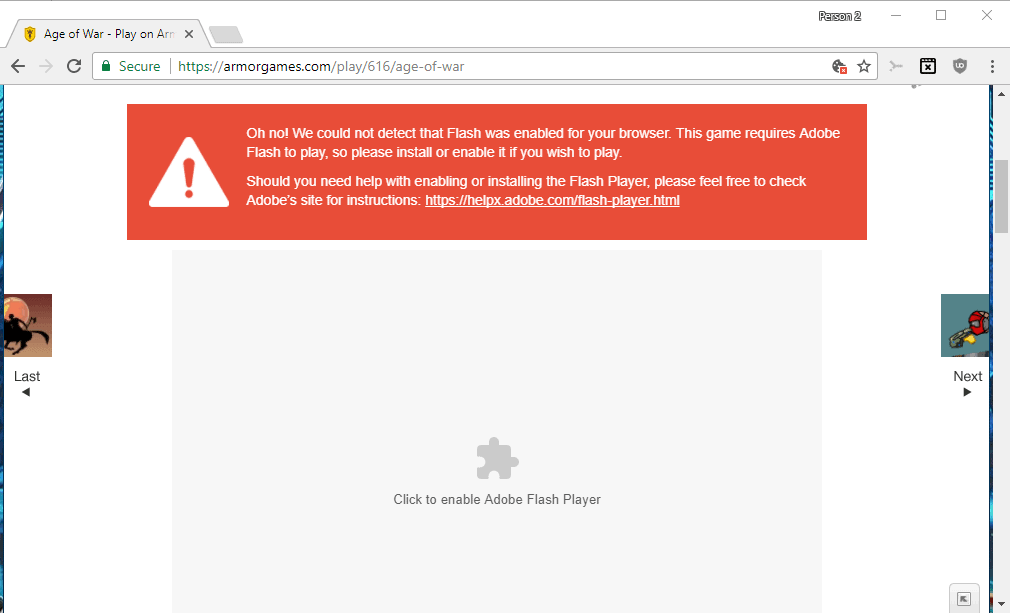