Microsoft plans to release the Windows 10 Fall Creators Update, the next feature update for Windows 10 in a couple of months.

The Fall Creators Update for Windows 10 will introduce new functionality but also remove some that was available in previous versions of the operating system.

The difference between removed and deprecated is the following: removed features are no longer available in the Windows 10 Fall Creators Update. Deprecated features on the other hand are not in active development at the point in time and likely to be removed in future updates. They are still available in the new version of Windows 10 however. 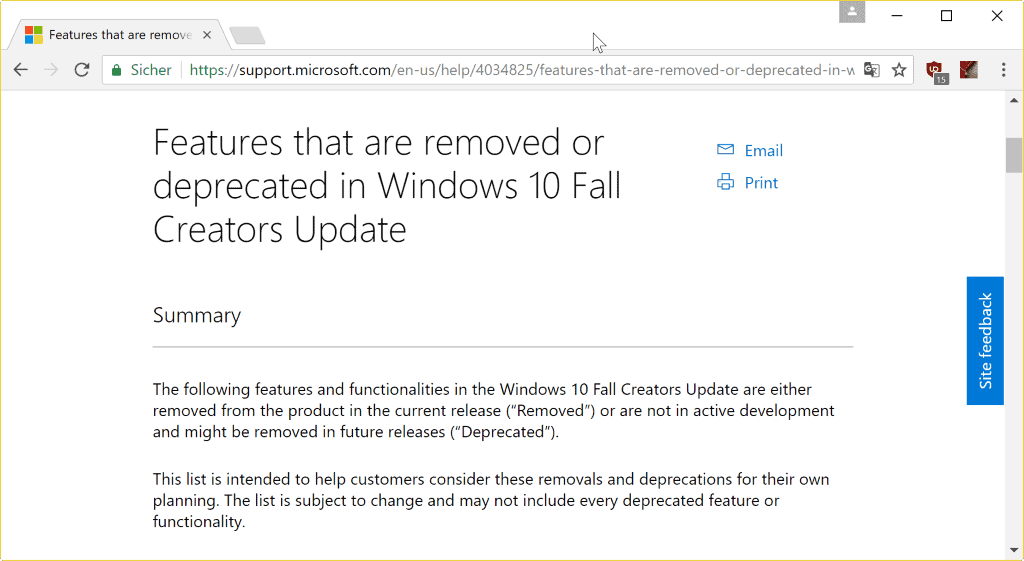 Paint has been the default image editor on Windows for a long time. Microsoft launched Paint 3D in the Windows 10 Creators Update, and seems to have made the decision to remove legacy Paint from the Fall Creators Update.

Microsoft EMET will be blocked in the Windows 10 Fall Creators update, and Microsoft suggests that users configure the new Exploit Protection feature of Windows Defender instead.

Now You: What's your take on these changes?