How to stabilize your videos with Google Photos - gHacks Tech News
ghacks.net

How to stabilize your videos with Google Photos

The company completed the roll out of a new video feature recently that lets you stabilize videos that you captured using the device, or that you have stored locally on it instead.

All modern phones come with capabilities to record videos. The capabilities improve with every smartphone generation, for instance when it comes to the recording resolution.

Since you capture the videos while the phone is in your hand usually, you may have experienced shaky videos at times. Video stabilization is a technology that reduces the "shakiness" of videos automatically. In technical terms, it describes techniques that reduce blurring associated with the motion of  a camera during exposure. 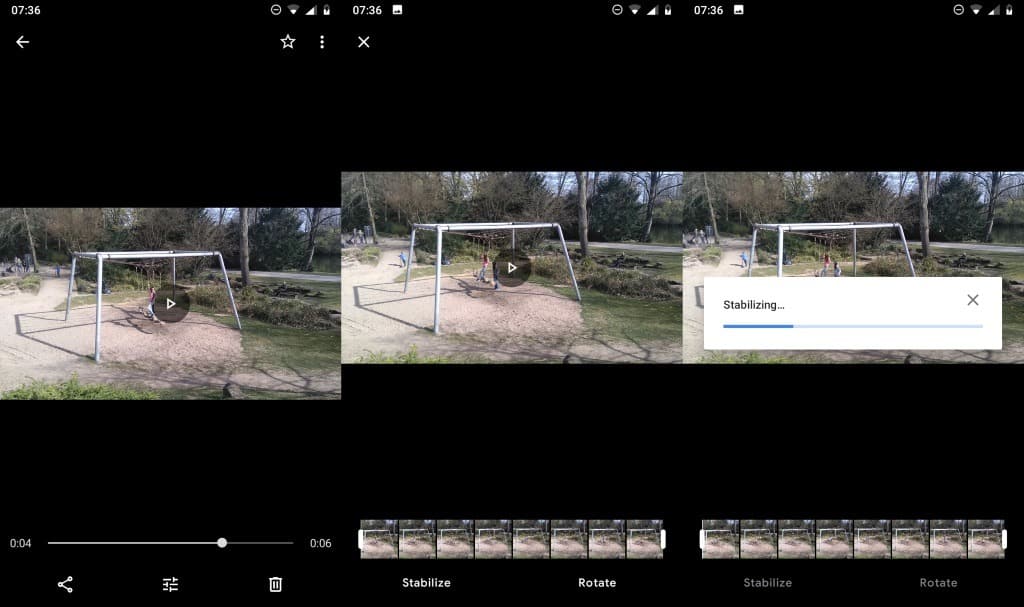 Google Photo's new stabilize feature supports videos that you have recorded with any camera. The only requirement is that the video is available on the device you run Google Photos on.

The processing itself happens locally, and all you need is the Google Photos app for your device.

Once installed, open Google Photos and tap on the video that you want to stabilize. The video should open up in fullscreen.

Locate the toolbar at the bottom, and tap on the edit link there. The edit link is the second icon from left at the time of writing next to the share link.

This opens a new screen, and two new video editing options at the bottom of the screen. Select stabilize to start the video stabilization process (you may also rotate the video, useful if you have recorded it upside down for instance).

The stabilization process runs locally. It may take a while to complete as the process depends largely on the processing power of the device, and the length and quality of the video.

A preview of the video is loaded once the stabilization completes. You may play the video at this time to judge for yourself how well the stabilization worked. There is unfortunately no option to display the original and stabilized videos side by side as it would improve that significantly.

You may save the video in processed form on the device with a tap on the save link, or close it instead. The processed video is trashed in this case.

Here is a quick video that demonstrates the feature. It shows an original video and a stabilized processed copy of it side by side.

I tested the video stabilization functionality of Google Photos with a handful of shaky videos, and the stabilization improved all of them significantly. You should not expect wonders though. If you look closely, you will still notice that the video is not fully stabilized. All in all though, it should be a lot better than the original video.

Now You: Do you process images or videos that you take with your smartphone? 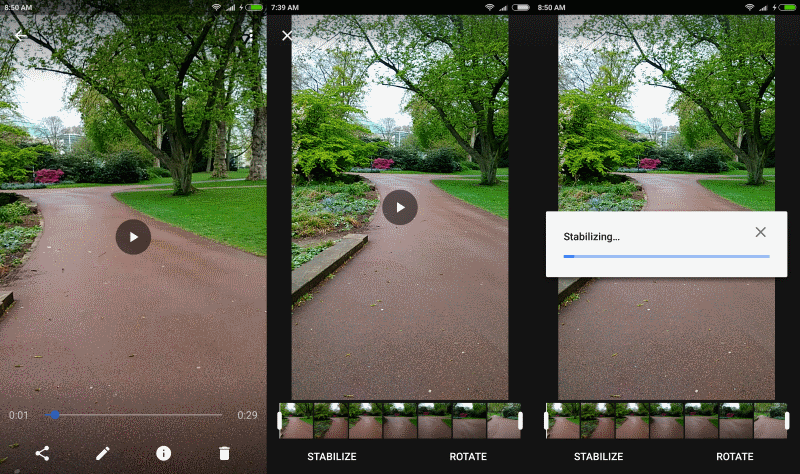 Article Name
How to stabilize your videos with Google Photos
Description
We take a look at the video stabilization feature of Google Photos, and explain how you can use it to stabilize any video that is on your smartphone.
Author
Martin Brinkmann
Publisher
Ghacks Technology News
Logo