The main reason why it is premature is that it was almost certain that the leaked version is not the final version. This is not a super big problem for users who have installed the Creators Update already, as they just have to download the additional patches to bring their system to the latest level.

Still, considering that the official release is on April 11th, 2017, and that users who are interested in it may install it officially starting April 5th, 2017, it is better to wait at least the couple of days before you start the update engines.

If you look back to how things were when the Anniversary Update was released for Windows 10, you will notice that loads of bugs emerged in the first couple of weeks. Microsoft did fix those eventually, but if you were unlucky enough, you had to endure those issues for weeks. 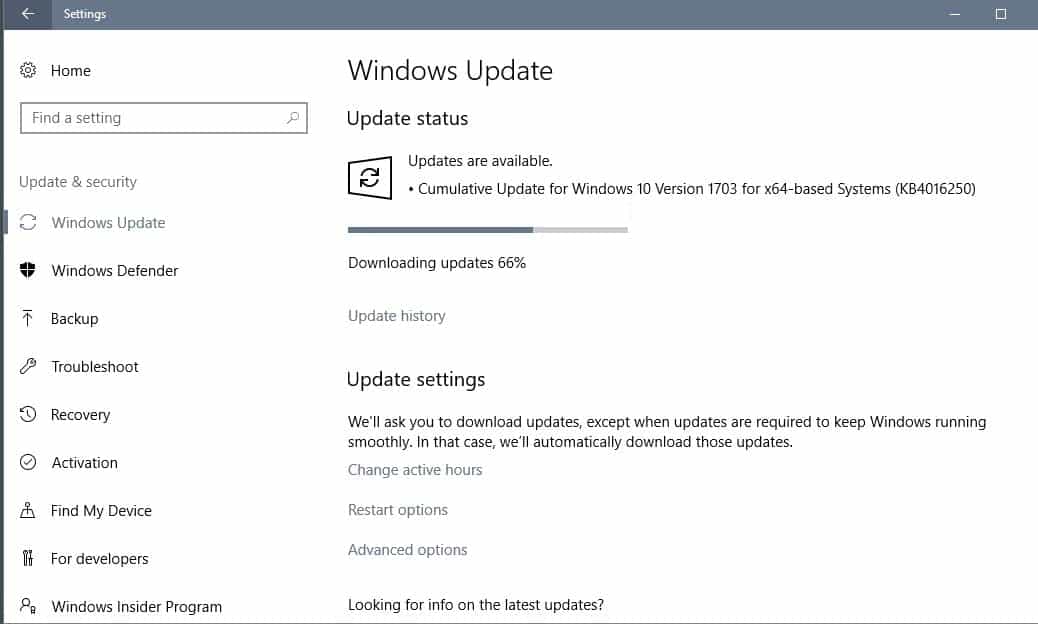 Microsoft released the update to all Insider Preview channels (Fast, Slow, Release Preview). The changelog has not been published publicly. It is only available in the Feedback Hub application.

We need Windows Insiders to help validate the first Cumulative Update to go out for the Windows 10 Creators Update which is set to begin rolling out to customers around the world on April 11th, Today we are releasing a Cumulative Update Build 15063.11

(KB4016250) for PC to Windows Insiders in all rings. This Cumulative Update brings the following fixes:

We fixed an issue where on Surface devices, Bluetooth radio fails to re-enumerate during hibernate/resume.

We fixed an issue with McAfee Enterprise to prevent a system crash when the product driver is installed on build 15060 configured with Device Guard.

While you may not be affected by those particular issues, more patches are probably being released in the coming days.

Now You: Do you plan to upgrade to the Creators Update right away, delayed, or not at all?