First signs of Windows 10 Cloud appeared a week or so ago on the Internet, but it was not clear back then what this new edition of Windows 10 would offer. Suggestions ranged from a cloud-based operating system to a subscription-based system similar to Office 365, and a successor of Windows RT.

Mary Jo Foley got confirmation from her sources -- which she did not mention -- that Windows 10 Cloud was a revival of the Windows RT version of Windows.

What this would mean was clear: Windows 10 Cloud would only run Windows Store applications, and apps that Microsoft made to work with the operating system. Any legacy Windows 32 program would not work on systems running Windows 10 Cloud. 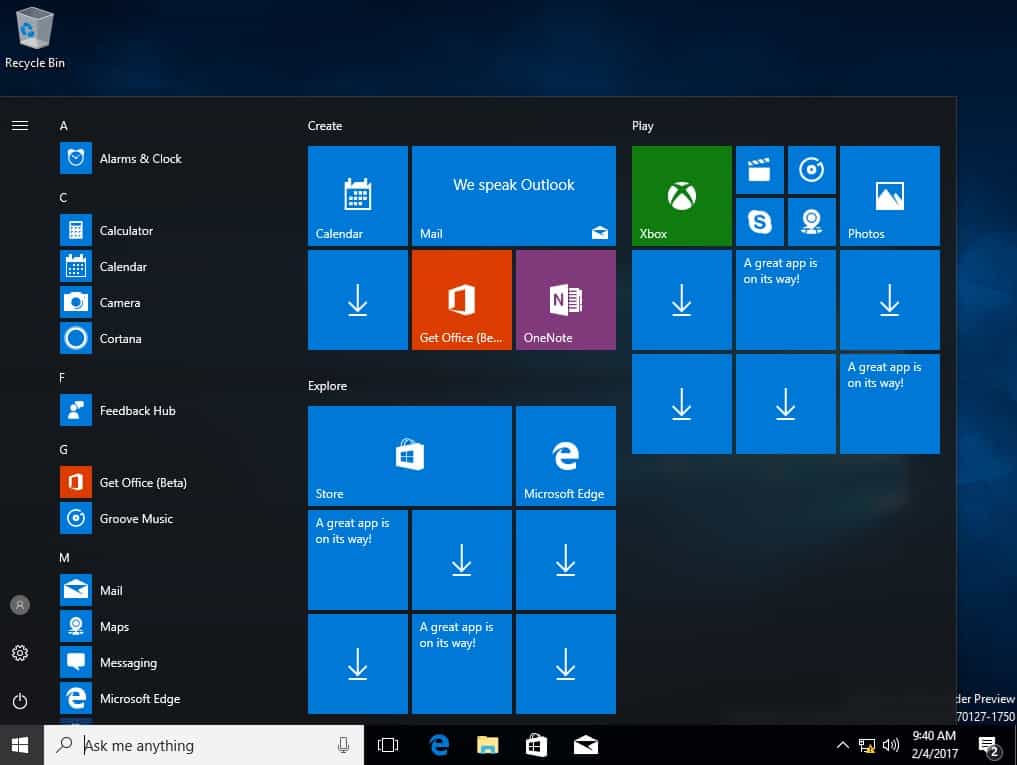 A first ISO image of Windows 10 Cloud leaked recently. It made the rounds on several tech sites such as Born City, Deskmodder or Windows Blog Italia, and confirms Mary Jo's report.

Windows 10 Cloud revives Windows RT. It is unclear if Cloud will be the release name of the new operating system, or if Microsoft will launch it under another name. It is almost certain that Microsoft won't use RT as user perception is quite negative.

It needs to be noted at this point that Windows 10 Cloud is a work in progress. Things may change along the way before it is released.

Windows 10 Cloud behaves as you would expect it to behave. Cortana walks you through the first steps of setup on first start, and you may notice that quite a few apps are listed in Start after installation

Some of these apps are first party applications or games, while others third-party applications. The selection includes Netflix, Facebook, Twitter, and on the games side Age of Empires Castle Siege, Asphalt 8, and Royal Revolt among others.

Most don't appear to be installed though, but merely links to the application's Windows Store entry.

Windows Store is your only source for applications in Windows 10 Cloud. While you may be able to sideload UWP applications as well, it won't run any legacy Win32 programs. 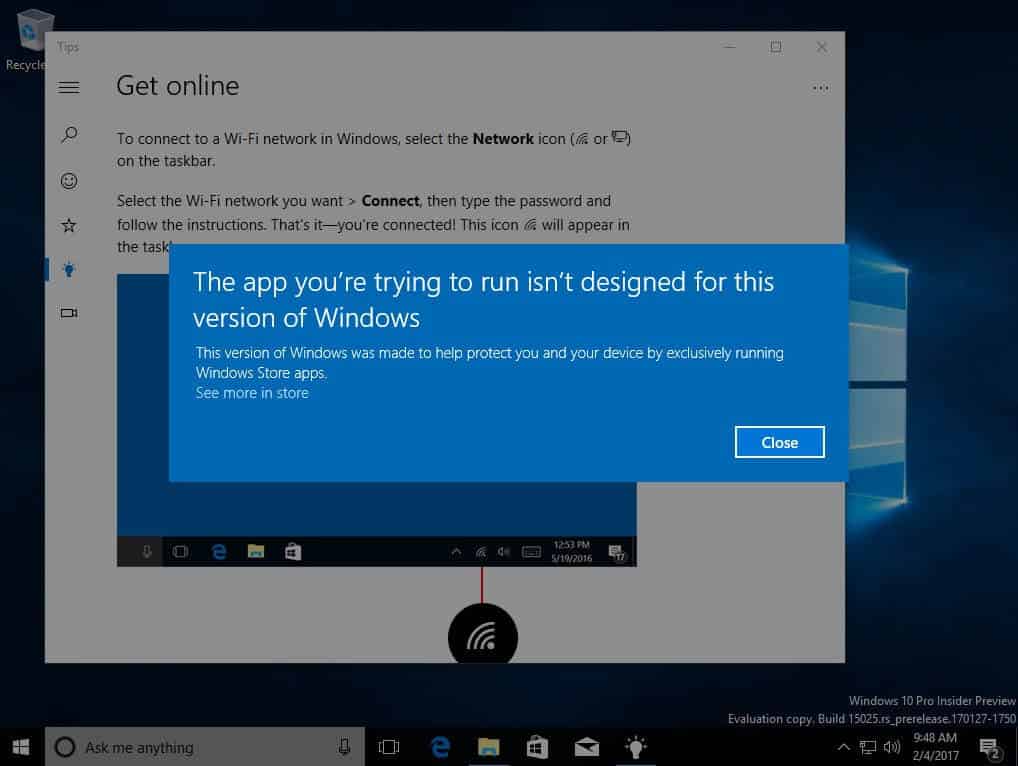 This is similar to how Windows RT handled this, and a serious disadvantage for anyone running the operating system.

If you try to run a legacy program, you get the error messsage that "the app you're trying to install isn't designed for Windows Cloud".

This is even true for some programs that Windows 10 Cloud ships with such as regedit.exe. Other programs, WordPad for instance, do work however. This includes the Group Policy Editor for instance.

It is interesting to note at this point that so-called Centennial apps, Windows 32 programs converted to UWP, don't seem to work as well on Windows 10 Cloud.

Windows 10 Cloud is a fairly limited edition of Windows 10 that restricts you to apps that ship with the operating system, and apps that you can download and install from Windows Store.

This means, among other things, that you are stuck with Microsoft Edge or Internet Explorer as the browser, and with Windows Defender as the security solution. Security is better obviously, as users cannot execute any legacy Windows programs on Windows 10 Cloud systems. This is however also the biggest disadvantage of Windows 10 Cloud.

I have my doubts that Windows 10 Cloud will fare better than Windows RT, as it is basically the same thing under a new name. While it is too early for a final judgement, I'd say that this will bomb the same way that Windows RT bombed unless Microsoft has an ace up its sleeve that it will reveal at a later point in time.

Now You: What's your take on Windows 10 Cloud?

Previous Post: « Windows 10 Insider Build 15025 is all about bugs and fixes
Next Post: « How to fix "no Internet secured" Wifi connectivity issues on Windows