The preview version is labeled as VLC 360 to indicate that the core feature of the preview is 360 video and photo playback.

VLC 360 is provided as a technical preview for Windows and Mac OS X only. The organization plans to release VLC with 360 functionality for all platforms including Android, iOS and Xbox One when it comes out.

VideoLAN plans to make use of sensors on mobile devices for navigation. 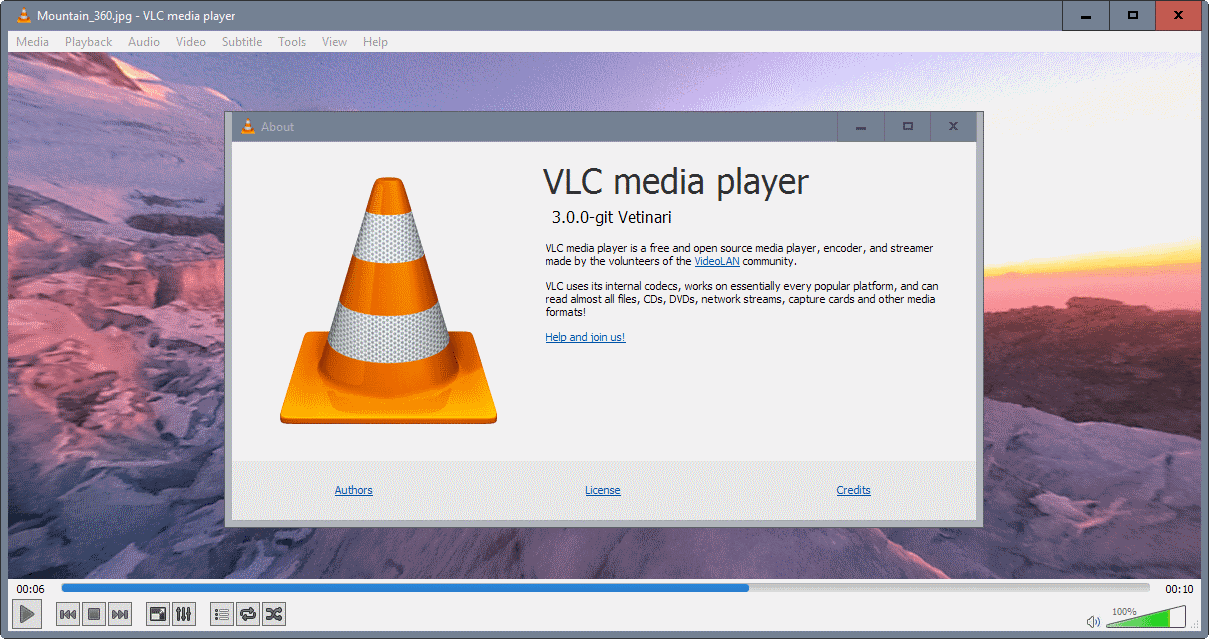 VLC 360 is VLC Media Player at its core plus functionality to play 360° videos and photos. You may know this functionality already from YouTube or other Internet video sites where it is provided if videos uploaded to the site support it.

You may download VLC 360 from the project website. Please note that this is a preview and not a final product. If you install it, an installed copy of VLC Media Player may be upgraded to version 3.0.

The project website lists the capabilities of the 360° component:

The project website links to two 360° videos and one 360° photo that you can download to test the functionality.

You may load any video or photo that follows the supported specs as well.

The new controls enable you to click-drag the mouse to look around in 360° when the video or photo playback starts. You may use the mouse wheel to zoom in or out, or use keyboard shortcuts (Page up or down) for that instead if you prefer to use the keyboard.

All playback controls, pause, stop and volume are provided as well in the toolbar and as shortcuts.

You may use the preview player as a regular video player as well, as it supports all media formats that the current stable version of the player supports.

In other news, VLC will likely support VR headsets -- Vive, Daydread, Oculus or OSVR -- in 2017, and will get support for 3D audio playback including support for head tracking headphones.

You can find out more about VLC 360 on the official VideoLAN website.

VideoLAN preps VLC Media Player for the future. With support for 360° media content, VR headsets, 3D audio playback and more, it is well prepared for the coming year. (via Deskmodder)