by Martin Brinkmann on November 11, 2016 in Google Chrome - 2 comments

Google just launched a new feature in Chrome Dev for the desktop and Chrome OS that when enabled ensures that only one audio source is playing at the same time.

Did you ever run into multiple audio sources playing at the same time in the browser?

While that may sometimes be desirable to some users, for instance to play low volume music and high volume voice audio, most users are probably irritated when two audio sources play at the same time. 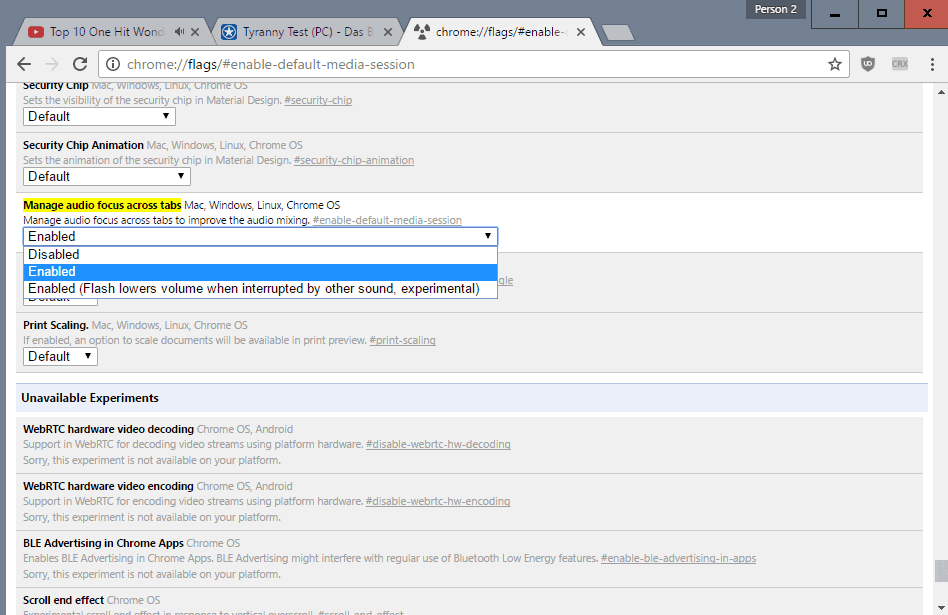 The feature is not enabled by default. This means that you need to enable it first and restart Chrome once before it becomes available.

Do the following to change the status of the feature:

The difference between the two enable options is that the second lowers the volume of an audio source that is already playing only while the first blocks it.

Enabling the first option to control media sessions in Chrome leads to some issues right now. Lets say you started to play a YouTube video in the background. You want to listen to it while you do other things in Chrome.

If you run into a site that plays audio, and it does not really matter if it is an auto-playing video or an advertisement, then you may notice that the YouTube video is stopped because of the media session feature.

This means in worst case that you have to go back to the YouTube video page regularly to click on play each time that happens.

Google is working on improving the feature by automating that process, but it is not all that usable right now in my opinion.

You can disable the new feature by following the steps outlined above and setting the preference to disabled.

The feature is hidden behind a preference currently and it is unclear whether it will land as a feature in Chrome any time soon or at all.