Microsoft released a Fix It solution for all current versions of Windows that diagnoses the performance of the system to improve it if issues are found during the scan.

Microsoft Fix It solutions are small programs that Windows users can run on their machines to diagnose and repair certain issues they experience.

Microsoft released lots of Fix It programs over the years for dozens of common issues that fix those with minimal user interaction.

The "Speed up your computer" Fix It is a one-click solution to improve the performance of computers running pre-Windows 10 versions of Windows (this might change with the release of Windows 10 later this month).

The Fix It has not yet been released for Windows 8 and Windows 8.1 which means that it can be run only on systems running Windows XP, Windows Vista or Windows 7.

As always, options are provided to let the program handle the fixing automatically or to verify fixes before they are applied. It is suggested to pick the manual option to retain full control over the process. 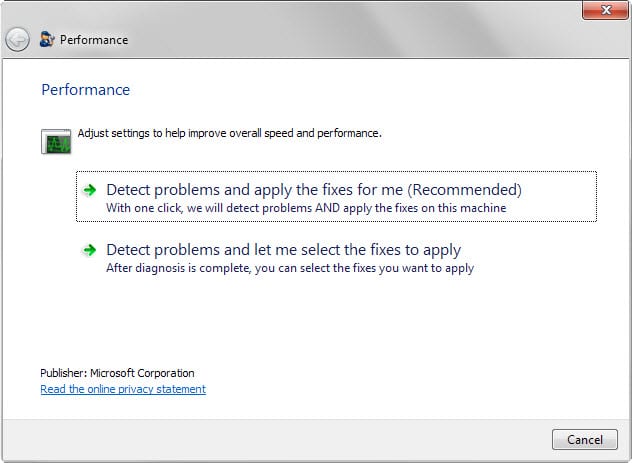 A list of fixes is displayed after the diagnosis. You may check or uncheck fixes for issues there, or click on the detailed report link on the same page instead which opens an HTML report in the default browser that offers additional scan details and descriptions of issues. 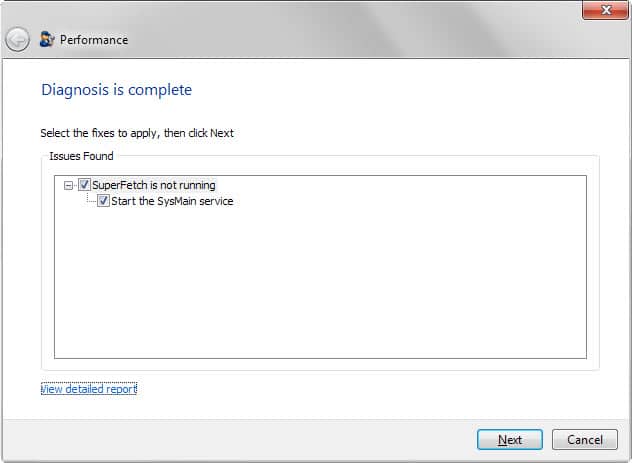 The Fix It checks the following issues:

The Microsoft Fix It download page offers manual repair instructions as well. This can be useful if the Fix It won't run or if you prefer to run fixes manually on your system.

The Performance Fix It is has been designed to address and fix performance issues on Windows machines. While it may have its uses, especially when run by non-tech savvy users, it is unlikely that experienced users will find it useful as it is easy enough to spot most of the issues that the Fix It detects manually.

Martin Brinkmann is a journalist from Germany who founded Ghacks Technology News Back in 2005. He is passionate about all things tech and knows the Internet and computers like the back of his hand. You can follow Martin on Facebook or Twitter
View all posts by Martin Brinkmann →
Previous Post: « Questions Microsoft needs to answer before the Windows 10 launch
Next Post: What you need to know about Windows 10's Game DVR feature »