This happens when you install a "Fix My PC" program - gHacks Tech News
ghacks.net

This happens when you install a "Fix My PC" program

You have probably come across ads before that promise to fix issues that you are having with your PC.

These ads are fairly common and often displayed on technology related websites. While I'm pretty certain that most Ghacks visitors know better than to download and install programs advertised by these ads, it seems to be a lucrative business nevertheless.

The following analyzes one program that promises to fix your PC highlighting what it does and how the developer generates revenue from it.

Before I started the installation I checked the program on Virustotal to make sure it is clean (which it was). In case you are wondering, the program in question is called TweakBit FixMyPC.

The installer included an option to install the company's PCCleaner application. The option is checked by default and I kept it that way. 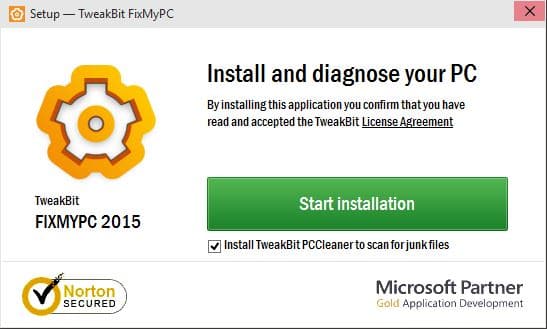 The installation itself was fast and the program opened right after it completed. Before I could do anything though, it started a scan and displayed a warning message after a couple of seconds that stability issues were found during the scan. 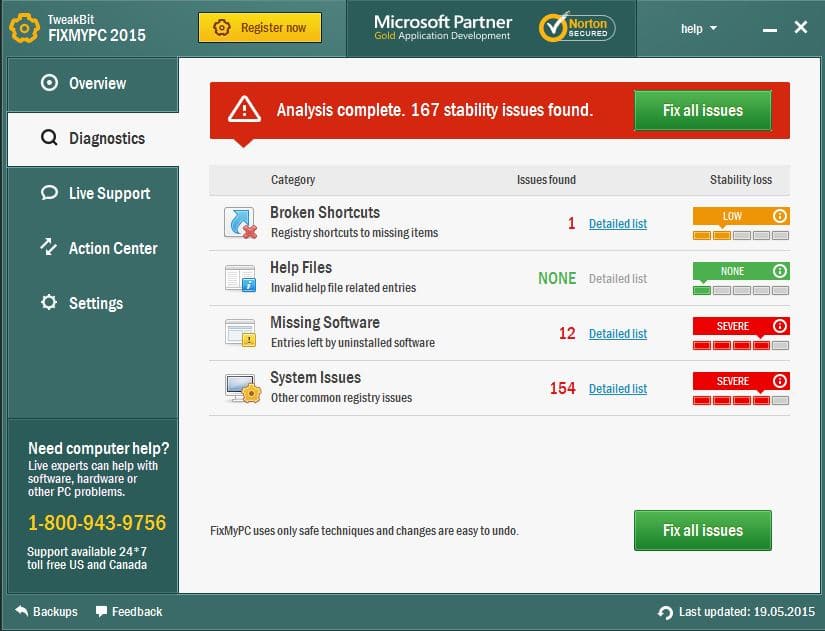 It listed a total of four categories and severity levels for each:

If you read the description underneath each category, you may notice that it did a simple Registry scan and returned the results.

Missing Software or System Issues sound critical at first but if you dig a bit deeper you realize that this is about leftover entries after software uninstallation and other Registry settings. 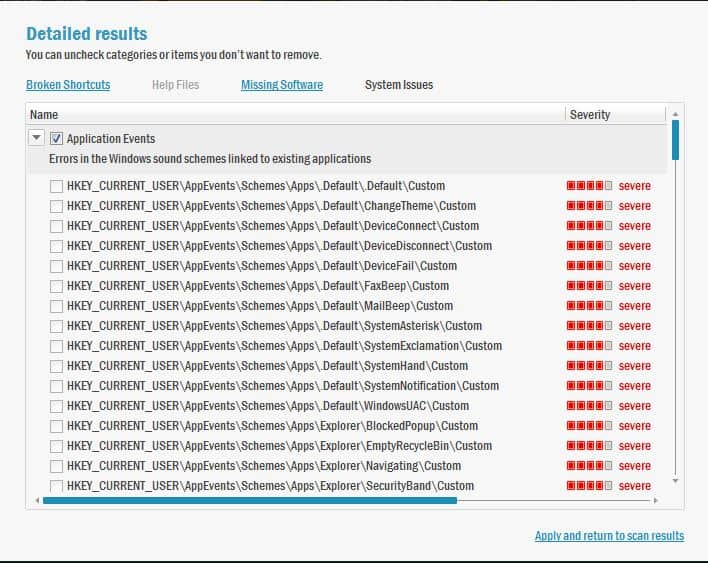 The program displays a detailed list of the entries that it discovered during its scan. The 160 or so severe system issues that it detected fell into two groups: errors in the Windows sound scheme and Windows Firewall rules for non-existent file references.

When you go back to the overview page of the application, you see your system's health (bad until fixed of course), and a list of apps that crashed on it.

A click on the fix all issues button opens an activation dialog that requires a license key which you can purchase from the company for $29.95. If you don't do that, no issues found by the application are fixed.

Update: The program may be offered for a subscription that needs to be renewed yearly as well now. 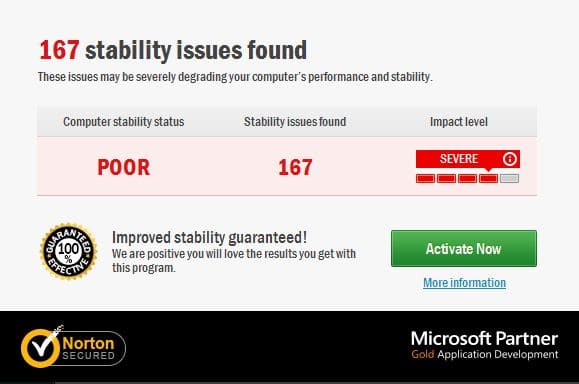 When you try to close the program you receive a notification first which highlights the number of issues found and the benefits that fixing those issues provide you with:

The Registry locations that FixMyPC scans have hardly -- if at all -- an impact on system stability or performance. Even free programs like CCleaner ship with more Registry cleaning features than this program and it is borderline insulting to ask users to pay money before the program fixes those issues.

The program is not malicious on the other hand and does not include third-party adware offers in the installer (but a bundled first-party program).

All in all though it appears as if the program by itself won't fix the majority of PC issues that users who are looking for help or guidance face.

Martin Brinkmann is a journalist from Germany who founded Ghacks Technology News Back in 2005. He is passionate about all things tech and knows the Internet and computers like the back of his hand. You can follow Martin on Facebook or Twitter
View all posts by Martin Brinkmann →
Previous Post: « Windows 10 Home and Pro: automatic updates could become mandatory
Next Post: Windows Update error 0x80246017 continues to plague users »