Several cloud storage services use encryption to protect data of user accounts from being accessed by third parties. While this may be reassuring for many users, some prefer to add encryption of their own to important files on top of that. Why? The core reason is to prevent access to the files even if someone gained access to the account. Say, someone managed to steal your account password for your Dropbox, SkyDrive, Google Drive or whatever-online-storage-service-you-are-using account. This is enough to gain access to all files. With added encryption, the attacker would not only have to steal the username and password, and maybe even intercept a two-factor authentication code, but also the password the files are encrypted with.

You have several options to encrypt files before they are uploaded to a remote server. One of the easiest options available is CryptSync, a free program for Windows. The program keeps pairs of folders in sync on systems it is executed on. One of the folders is encrypted during the sync process, making it an ideal program to encrypt data before it gets uploaded.

The basic idea is the following here. You select a folder with data that you want to host online as the originating folder, and pick a local cloud drive folder as the destination folder. CryptSync encrypts the files during the synchronization using a password you specify.

To create a new folder pair click on the new pair button in the program interface. Here you need to specify the original folder and encrypted folder, as well as the password that you want to use to protect the data. 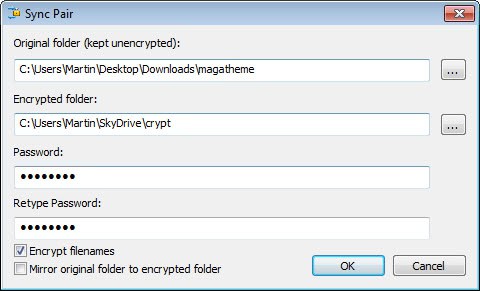 You can furthermore enable the encryption of file names so that it is not possible to guess a files contents or type from that.Â  The mirror original folder to encrypted folder option enables one-way syncing instead of two-way syncing.

You can then sync the files once and exit the program, or set it to run in the background all the time. The latter option checks the original folder for new files and folders regularly to encrypt and upload them to the destination folder in the process. 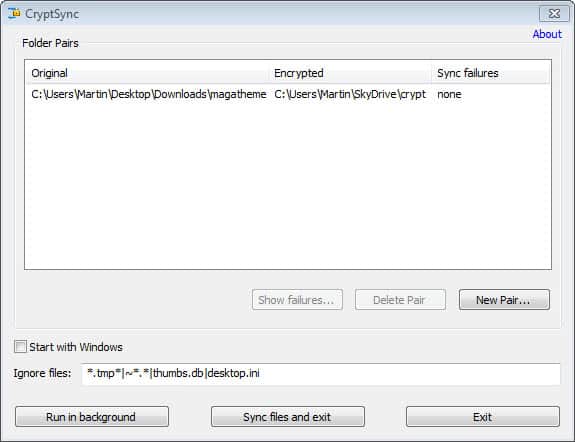 The files and folders that get synced with the destination folder and the online storage look like this if you have enabled file name encryption as well. 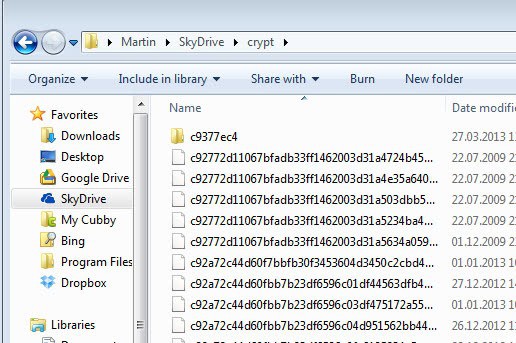 You can run the program from the command line as well which can be useful for the creation of batch files or programs that allow you to run third party programs (like backup software).

The downside of using CryptSync is that you will have two folders locally that store the data. One of them is the original folder, the other the encrypted folder which some may see as redundant. Still, if you are looking for an automated way to protect files that you store at online storage providers then CryptSync is definitely one of the programs to do just that. 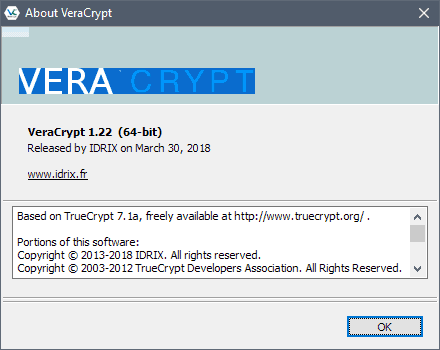 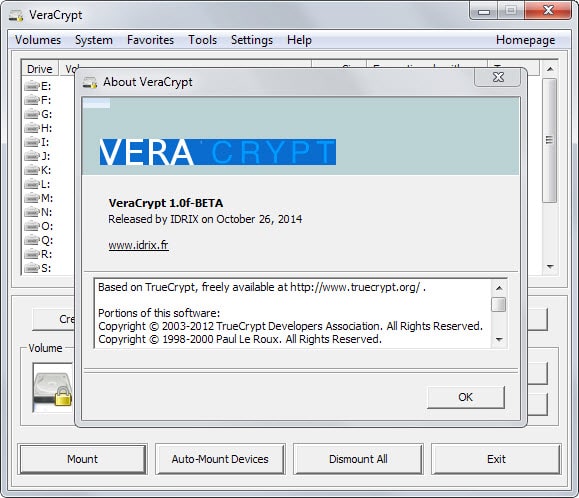 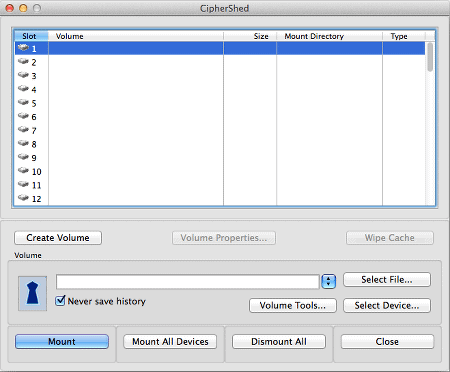 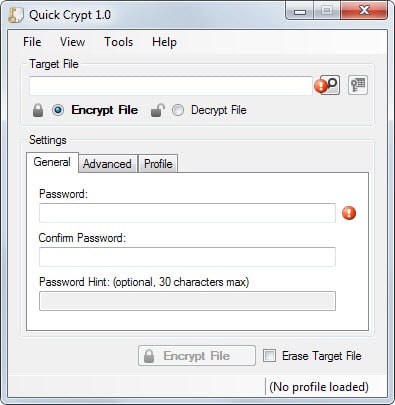