Today, KeePass 2.19 has been released by its author, introducing a number of new features and improvements to the password manager.  KeePass users who are currently working with version 2 of the program will be notified of the update when they load a password database, or run the manual update check under Help > Check for Update. 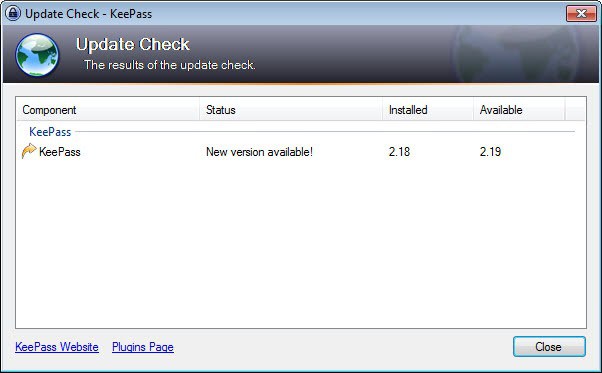 There is no built-in way of updating, which means that users interested in updating their version of KeePass to the latest version need to download it from the official website, and run it manually once the download has completed. This basically runs the standard installer again on the system.

One interesting new option is the ability to load key files from urls. You can upload your keyfile to a web page or server, to access it from any location that KeePass is running in. Select File > Open > Open URL to load the keyfile this way. KeePass supports password protection to improve security when loading the file over the Internet or a network. 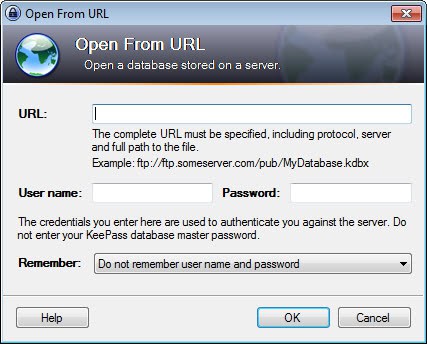 You may also notice that KeePass loads faster thanks to a new XML configuration and translation deserializer, and improvements to the applications protection again dictionary and brute force attacks. KeePass 2.19 in addition comes with a new generic CSV importer, better text encoding detection, and smaller changes that make the program more comfortable to use. These smaller changes include improved font sizing in HTML printouts, improved key loading performance, and various code optimizations to improve the password manager's performance.

You find the full list of new features, changes, improvements and bugfixes on this release notes page.  KeePass 2.19 is available for all recent, and not so recent, 32-bit and 64-bit editions of the Microsoft Windows operating system. Support basically starts with Windows 98, and includes all Windows systems released since then. Mac and Linux users can also make use of KeePass with the help of Mono.

Martin Brinkmann is a journalist from Germany who founded Ghacks Technology News Back in 2005. He is passionate about all things tech and knows the Internet and computers like the back of his hand. You can follow Martin on Facebook or Twitter
View all posts by Martin Brinkmann →
Previous Post: « BitDefender USB Immunizer 3.0 Update Released
Next Post: Import Wireless Network Keys With WirelessKeyView »