Click to play functionality has landed in nightly builds of the Firefox web browser. We have talked about that before, and also looked at other web browsers who were offering that feature. Click to play basically blocks plugins from automatically running on websites when activated. If you visit YouTube, the videos there won't auto-play automatically anymore since Flash is blocked by click to play. The same goes for Flash ads, Java games or Silverlight videos.

Mozilla is currently evaluating different click to play scenarios for the browser that aim to improve a Firefox's users security, a computer's performance or battery life. 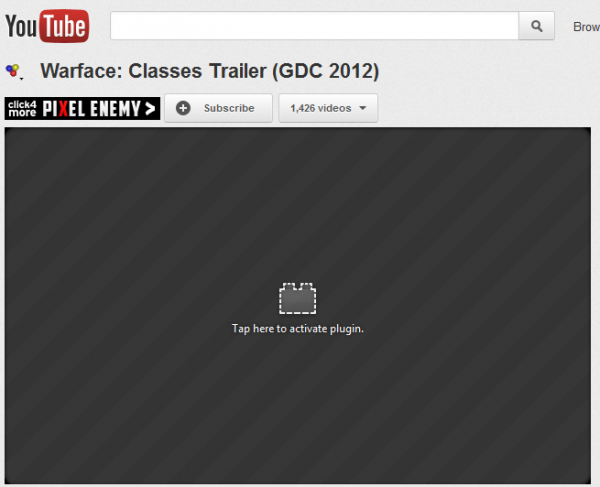 Lets assume a Firefox users with an outdated version of Flash visits YouTube. Mozilla could now have Firefox block the plugin from loading automatically, and display a message to the user that a) acts as a warning that Flash is not up to date, and b) links to the update page where the latest version can be installed.Â  The current interactions include an option to bypass the recommendations and load the outdated plugin on the page it is required on.

These are the proposed actions. Keep in mind that there are other actions that users can select, and that the behavior depends on the click to play configuration in Firefox as well.

Making out of date plugins click to play is similar to how Chromium and Google Chrome are handling the issue. This makes sense from a user perspective, as it makes sure that users become aware of updates, and that they are initially protected when they are visiting sites that want to access those plugins.

What's your take on the proposed click to play in Firefox?