How long should we support old Windows versions?

Apple this week announced their new iCloud service, bringing together MobileMe and iTunes in the cloud. With it though they also announced they were dropping support for Windows XP from the new product. Indeed they were only supporting their own desktop operating system, OS X, going back four years to 10.5 'Leopard' too. This raises an interesting question, just how long should we support older operating systems, and especially Microsoft Windows?

I'm singling Microsoft out in this article because the other major desktop operating systems don't seem to suffer from this problem. Apple have a clear policy of only supporting older versions of OS X for so long and, because these (so far at least) haven't been susceptible to malware in the way Windows has, there has been very little in the way of support that Apple has had to offer. 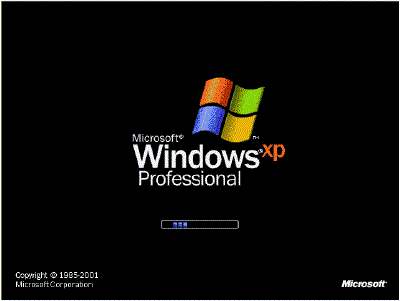 GNU/Linux, especially Ubuntu the most common name in Linux, changes so regularly that there's no need to support older versions at all and indeed legacy support almost never happens. Each new version will run happily on the hardware of an older version so people are simply encouraged to upgrade for free.

So where does this leave Microsoft? This company has a bigger problem. Not only is it the market leader with millions more computers around the world running its operating systems, it also faces two other major problems. The first of these is big business, Microsoft's largest customer group, who traditionally leave it at least a year or two after a new version of Windows is released to upgrade and many of whom are still using Windows XP today, despite Windows 7 having more than proven itself in terms of reliability, security and performance.

Businesses don't like upgrading very often. They tend to approach these things in an "if it's not broken, don't fix it" manner because they have all types of bespoke desktop software and intranet services that still require the devil's browser, Internet Explorer 6 to work, and it's expensive and time-consuming to bring these up to date. In short, they'd all rather not bother.

Microsoft introduced XP Mode, a fully licenced copy of XP running in a virtual machine for Windows 7, to address this problem but it doesn't seem to have helped. Businesses just won't shift in great-enough numbers.

Then we have the developing market for whom computers are an expensive luxury and where running Windows 7 is just something the old 386, 486 and Pentium computers they're still using won't run it, at least not well. Many of these people are stuck on XP both because of performance and price. These people simply can't afford to upgrade despite Microsoft long ago having made available a special version of Windows just for them.

The official policy of Microsoft for product support is that...

This puts Windows XP support ending on April 8th 2014, a massive 13 years after it first went on sale and Windows Vista on April 11th 2017. Many people argue this is simply far too long.

So why is it too long and what are the reasons for forcing people to upgrade sooner? Apple seem to have the right idea on cost. It's just too expensive to maintain support for these older operating systems. Microsoft could too save money by cutting support for XP earlier and they'd have some increased revenue for those people who are forced to upgrade (business customers on their Software Assurance programme will have already paid for Windows 7 depsite not using it).

It would be better for the man on the street too, knowing that his operating system would be more secure because he simply wouldn't be using XP... or would it?

The question remains that if Microsoft pulled all support for XP would people actually stop using it? There would certainly be a proportion of people who would upgrade but a great many more, for whom XP is also as comfortable as an old shoe, wouldn't even necessarily know that support had ended and would carry on using it anyway.

This scenario could create a security nightmare for the world with not only these individuals having their PCs being targeted by virus and malware writers, but also with the huge potential for these machines to be hijacked by botnets to attack larger targets.

It could also be argued that Windows versions would be much cheaper, maybe even approaching OS X levels of pricing ($90 over three years), if many years of additional support staffing didn't have to be factored into the overall cost.

We can't say though that we, as a consequence of this being a possibility, all have a responsibility to continue to support XP. Education is needed here for consumers, direct intervention in the form of financial help is needed for the developing world and big business needs a firm kick up the backside. It was big business who forced an extension of the support life for XP after all, and these people have a lot to answer for.

So should Microsoft drop support for a product that's older than four years in the way Apple do? The answer in my mind is a definitive yes, but with the pressures Microsoft are under we can probably still expect to see computers running Windows XP for many years to come.