Facebook has activated a lite version of their popular website for users in selected countries. Facebook Lite was initially designed to offer users with slow Internet connections a faster way of accessing the most relevant sections in Facebook. The concept still seems to be valid although only users from selected countries can currently open the Facebook Lite website in their web browsers. The interface of Facebook Lite comes with less noise. Many elements that are displayed on the standard Facebook pages have been removed to provide faster access to the core functionality.

Elements that have been removed include Highlights, the left sidebar navigation to access modules in Facebook, the What's on your mind bar at the top, links to quickly connect with friends and the requests section.

Some functions of these modules are still available on the Facebook Lite page. Friend requests for instance are still shown on the start page while invitations and other requests are not. A quick check with the Firefox add-on Firebug revealed the following size difference: The normal Facebook page had a size of 778 Kilobytes while the Facebook lite page only 113 Kilobytes. These values can obviously vary depending on the messages and images that have been posted. Not all notifications (like when someone earned a reward in a game) are displayed in the Facebook Lite page. 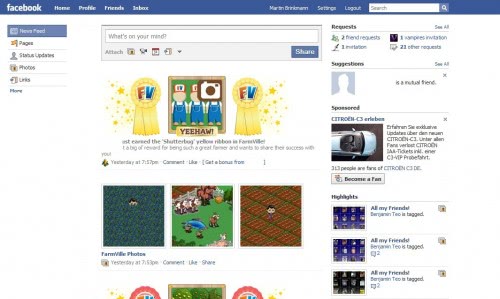 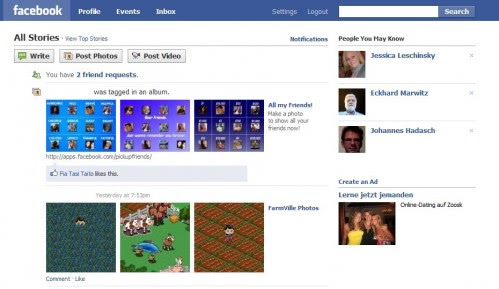 Some users were able to access Facebook Lite after changing their display language to one of a supported country, e.g. US English. Some users have also received invites (2 to be precise) that they can share with other Facebook users to invite them to test Facebook Lite.

Previous Post: « Look Up Local Time, Date And Weather Of Any Place In The World
Next Post: « Midori Lightweight Web Browser Alternative