Get Free Images, Video and Sound from Wikimedia Commons

When creating a presentation, a web design, a leaflet or a brochure, it is important to find suitable images to use. Whilst one option is to pay for stock photos to use under a restrictive licence, another option is to find free (gratis and libre) photos.

Any media, whether that be music, a video or an image, on Wikimedia Commons can be commercially re-used and generally speaking the only major licensing limitation is that credit may have to be provided to the creator and copyright holder, if any.

Wikimedia Commons has some amazing photography and has many useful illustrations, such as maps and diagrams. The vast majority of images on the site are categorised extremely well, and they can either be browsed through the categories or use the substandard search tool available.

Many public domain recordings are on Wikimedia Commons and there's a wide range of classical music and opera available for download. All audio/visual media is stored in the form of OGG files, which may have to be converted before use, but will be natively supported in future versions of Firefox. Some visual recordings, such as that of "The Spirit of St. Louis", are also available.

Most media on Wikimedia Commons are either public domain, Creative Commons, under the GFDL or licensed under another free licence, which makes it suitable for re-use. 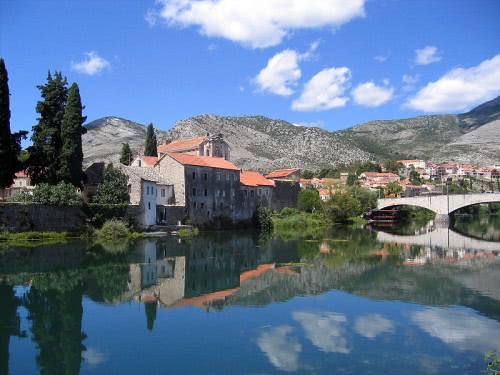 Â© Goran Andjelic under the GFDL.

Update: Wikimedia Commons today features more than 15,7 million freely usable media files. Note that files may be subject to certain restrictions like the need to attribute it to the original creator or the mentioning of the license it has been released under. You find information about that underneath each file available on the site.