Maybe some of you do like cycling, and those who do are likely following the Tour de France every year. I found a live tracker that displays every stage of the Tour de France on a map for you to follow.That's an excellent option if you do not have a television nearby but want to follow the tour anyway, for instance while you are at work or traveling.

When you load the web app you will see all stages of the tour displayed on a map of Europe. You can then click on a stage to open a detailed view of that stage on the map. Shown on the map are of course start and end of the current stage as well as information about mountain and sprint stations along the way.

You are also able to track to display drivers position on the map and see information about heart beat, driving speed, stress factor, distance, power and current position. I'm not sure how this data is tracked but it surely looks interesting. 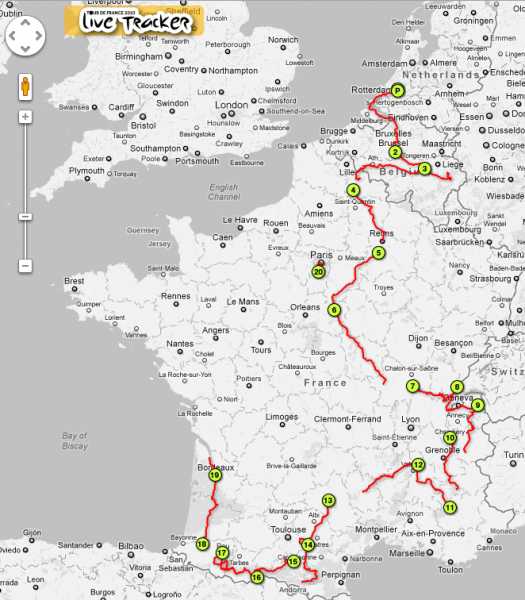 It is still some time before that though, as the tour starts on June 30, 2012 this year and ends on July, 22. It looks however as if the developers of the project have decided to abandon it.

Update: It is now 2013 and the live tracker website for the Tour de France has not been updated for the past year. It is fair to assume that the project is dead now.