Opera 15 is the first version of the Opera web browser that is based on Blink and not the engine used in previous versions of the browser. That is a big change which has consequences for that first version. First, it is only available for Windows and Mac systems and not Linux.

Opera Software promised to deliver a Linux version of the new Opera at a later point in time, but not initially. The new browser is also bare bones in comparison to previous versions and while that will remain so for a while, it is again something that Opera Software promises to change in the future.

Opera 15 shares many features with Google Chrome on the other hand. Especially the browser engine needs to be mentioned here as it is improving site compatibility and speed for Opera users who upgraded to it from Opera 12.

Even though the two browser's share the same core, some features are not shared. This includes the native Adobe Flash integration of Chrome and also the browser's pdf viewer.

That's likely the reason why Opera decided to integrate Mozilla's PDF.js into Opera. Unlike Mozilla, which added the pdf viewer natively into Firefox, Opera Software made the decision to create it as an extension. This benefits users as they can now decide whether they want to integrate the pdf viewer into the web browser or not. 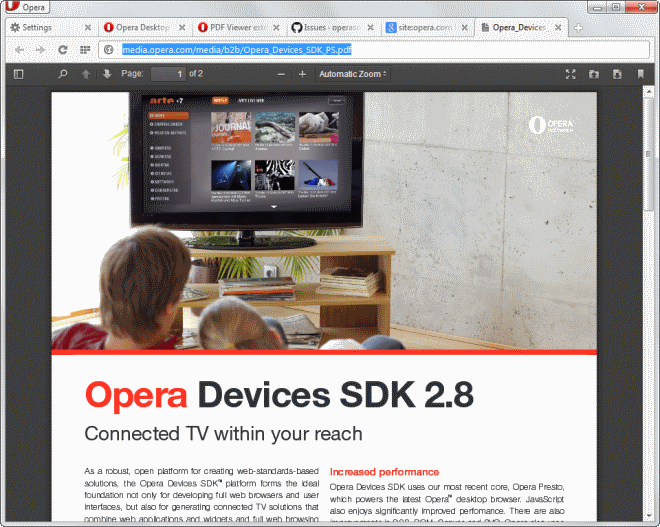 Note that the PDF Viewer extension requires Opera 15 or higher and won't run on older versions of the web browser. It works exactly like the implementation in Firefox after installation.

Any pdf document that you click on in Opera is opened in the browser's interface directly.

Here you get a set of controls at the top that include options to zoom in and out, find text in the document, jump to a specific page of interest, open it in full screen, print it, or download it to the local system.

The core benefit of the extension is that you do not need to load third party plugins in the browser anymore to get pdf viewing capabilities in it as it is all handled by HTML5 and JavaScript. (thanks Arpit for the tip) 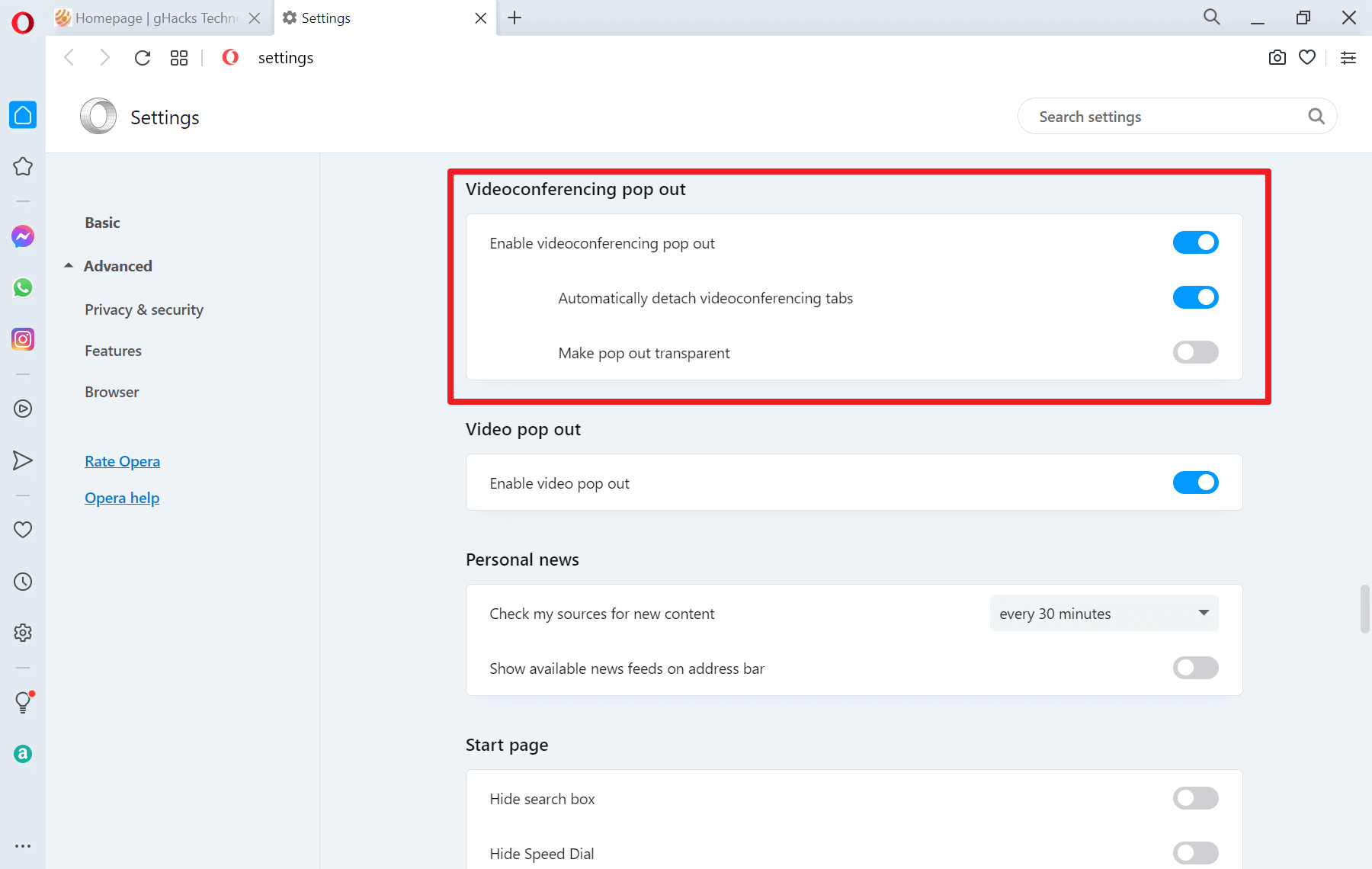 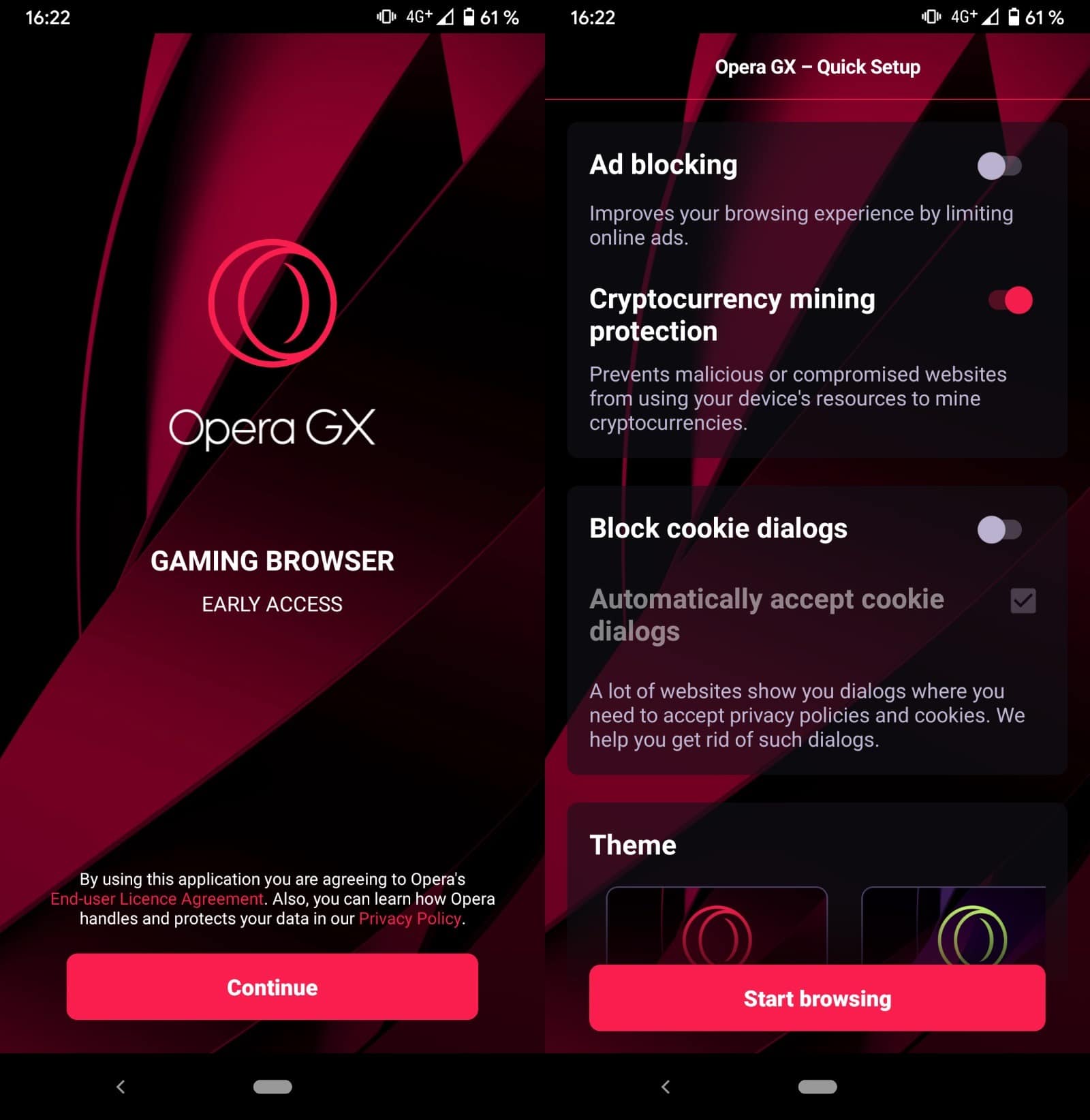