Opera 12.00 RC Released, What you can expect

Opera Software has been working on Opera 12.00 for the past months, releasing one snapshot after the other in that time. Today the company released the first release candidate of Opera 12 which interested users can download and install from the the official Opera Desktop Team blog. The release as usually is available for all supported operating systems, with 64-bit editions available for Windows and Mac supported as well.Â  The 64-bit editions are actually one of the new features that Opera Software introduces in version 12.00, as only Linux was supported with a 64-bit edition previously. 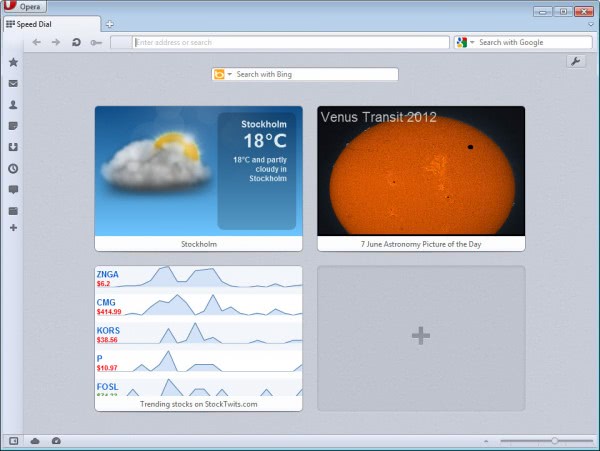 Another change that Opera 12.00 users may notice right away after starting the web browser for the first time is that performance has improved when compared to previous versions of the browser. Opera has for instance added a smarter tab-loading sequence to the browser which speeds up the startup of the browser noticeably when sessions are restored in Opera.

Opera 12.00 furthermore can now make use of a computer's graphics processing unit to improve the performance of web applications and games. Hardware acceleration is however disabled by default and needs to be enabled before it becomes available. To do that load opera:config#UserPrefs|EnableHardwareAcceleration in the browser's address bar and change the value of the parameter from 0 to 1. You can check the status of hardware acceleration in Opera by loading about:gpu.

You can disable hardware acceleration in Opera again by restoring the original value in the configuration.

According to the devs, Opera 12 will feature faster page loading times thanks to a series of network tweaks that reduce the connection time considerably. This will be noticed most on slower connections according to Opera, and not really noticeable when running benchmarks.

The browser is the first version of Opera that ships with out-of-process plugins, a technique that Firefox and Chrome users have benefited from (or not) for some time now. It basically runs plug-ins in their own process so that a plug-in crash has no effect on the browser process itself. You will notice a new process in your task manager when a plugin is started in the browser. The opera_plugin_wrapper.exe process (under Windows) is that plugin process. It takes a while before the process is terminated though.

Opera 12.00 features new lightweight themes support which are similar to Firefox's background themes feature. Themes can be installed right away and add a background image to the browser. The core difference between Opera's and Mozilla's implementation is that buttons and menus in Firefox are semi-transparent which makes them much harder to read and interact with. 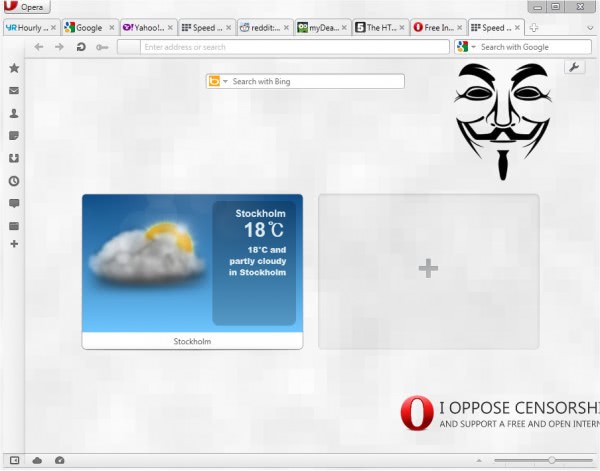 The developers have improved the browser's web standards support further. When you run the HTML5 test you will notice that the score jumped by 47 points to 385 points in total. While still trailing the Maxthon and Google Chrome browser, Opera managed to slip past Firefox 's 361 points.

Opera Software unfortunately decided to retire several features of the browser. This includes Opera Unite, a web server module that allowed you to run web services in Opera, Opera Widgets, the predecessor of the browser's new extension's engine, and Opera Voice, which could be used to run the browser with voice commands.

Opera 12.00 is a big step for Opera Software, as it improves the browser's stability and performance considerably. Only the announcement to retire the features listed above leaves an unpleasant aftertaste, at least for those users who have made use of those features.