Update: The add-on is not required anymore as you can open download folders directly in Mozilla's download manager now. Just right-click on a file and select the "open containing folder" option to display the folder on the system.

I was just browsing through the latest Firefox add-on updates and saw an interesting add-on for Firefox 4 called Magic Open Download Folder Button.

The add-on adds a button to the Firefox download manager to open the download folder and an icon that can be placed in one of the Firefox toolbars.

Previous versions of add-ons can be accessed on a separate page. To go there scroll down to the Release Notes heading on the main page, and click the View All Versions link at the lower left of the screen.

All versions of the add-on that have been uploaded to the Mozilla server are listed on that page. For this particular add-on, version 1.5 is listed to be compatible with all Firefox 3 versions up to Firefox 3.6x which makes it compatible with the latest official release of Firefox, Firefox 3.6.10. 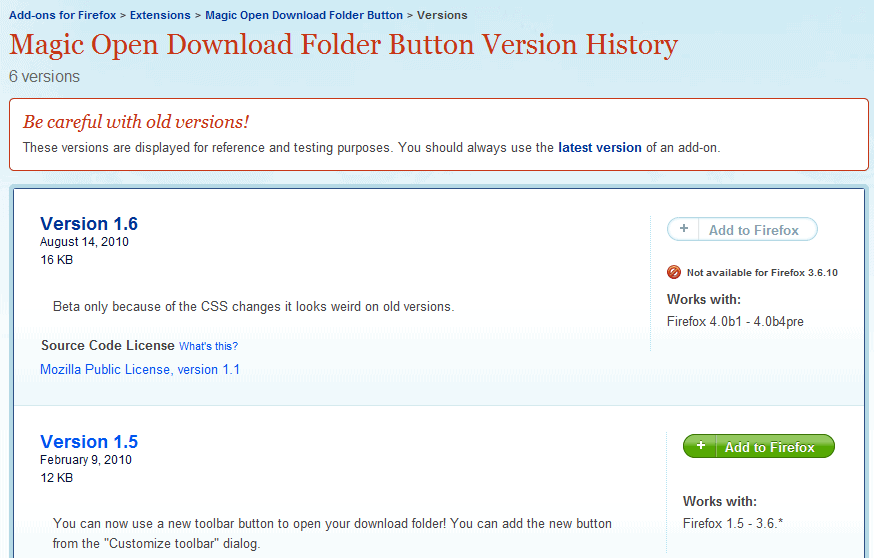 To add the new icon, Firefox users need to right-click a blank space on a toolbar and select Customize from the context menu. They then need to locate the Open Download Folder icon and drag it to the toolbar to add it in that location permanently. A click on the icon opens the download folder automatically, in Windows in Windows Explorer. 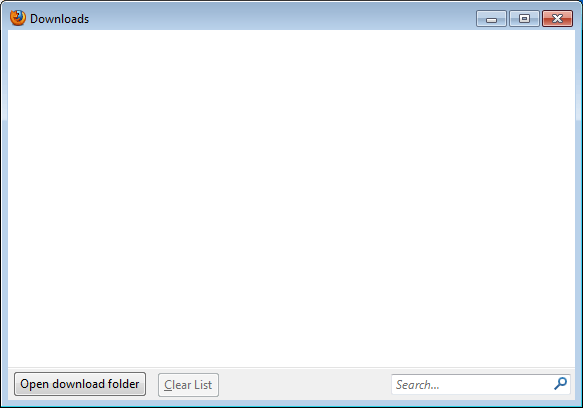 Remember to take a look at the previous add-on releases whenever you encounter an add-on that appears to be not compatible with your version of Firefox.

Martin Brinkmann is a journalist from Germany who founded Ghacks Technology News Back in 2005. He is passionate about all things tech and knows the Internet and computers like the back of his hand. You can follow Martin on Facebook or Twitter
View all posts by Martin Brinkmann →
Previous Post: « Firefox, What I Would Like To See
Next Post: Simple Timer, Clock, Timer And Calendar For Firefox »