The international launch of the BBC's iPlayer service, one of if not the finest example of an IPTV service, has been eagerly awaited now and has been expected for a couple of years, especially with the number of British ex-pats living around the world.

Now rumour has it that the rollout will begin with a subscription-service for the iPad according to Engadget and Broadcast Magazine.Â 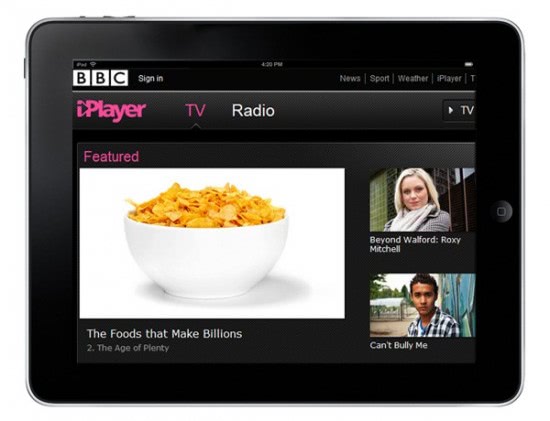 This subscription model will allow the BBC to accommodate licence-fee payers in the UK who each pay around Â£130 a year for this public-service broadcaster.

The subscription service will later, it is also rumoured, be followed by an advertising-supported free version (the BBC does not screen advertisements before, during or after any of its programmes, yes, you did read that right!)

This is excellent news for worldwide fans of shows like Top Gear, Doctor Who, EastEnders and erm... Cash in the Attic (maybe not that last one).

There's no word yet on when the service will be available but the Director General of the BBC, Mark Thomson,Â has previously said it would almost certainly be sometime in 2011.

Cinema has a new villain, the tech billionaire