Did you know that you can get into really big trouble if you post the code beginning with 09 F9 11 02 on your website? It is very likely that a take-down notice will be send to the owner of the website as soon as a lawyer from one of the corporations guarding the secret is finding out about it.

You may be wondering why they are making such a big deal about this code that continues with 9D 74 E3 5B D8 41 56 C5 which only some users might identify as the code to rule them all, aka the processing key that unlocks the content of every HD-DVD available up to this point.

Did you know that the processing key ends with 63 56 88 C0? I did not until I read an article where the AACS sent some takedown notices to websites owners who mentioned the key. So, what is actually happening now is that this key will be reproduced on thousands of websites who report about this takedown notice; it will be available in caches, in forum posts and in many other places including custom created T-Shirts, Mugs and Mousepads. It seems that the takedown notice somehow backfired on the AACS, don't you think? 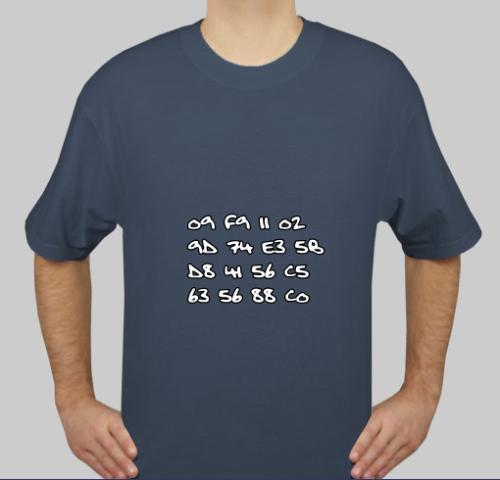 Instead of just keeping it under tight control by ignoring the code posting on sites where it has been posted on, the AACS made such a big deal out of it that the story went viral and reached even mainstream media that reported about it. Some did not show or mention the code while others mentioned it openly on their sites. But even if the code was not mentioned directly, it gave readers and viewers information about it, and it is likely that at least part of that user base used the Internet to find out more about that code and why organizations are hell-bent to censor all sites that post it.