How to play flv files on Windows

I have received several questions in recent time about playing video files with the flv file extension on Windows.

FLV is the Flash Video extension, and it is commonly used on streaming video sites to deliver contents to web browsers and other streaming applications.

You cannot play flv videos in Windows Media Player which is likely being used by users who have submitted the question.

There are two general options that you have when it comes to play FLV video files on Windows:

Lets begin with 2), as it is the easier of the two options.

My two favorite media players for Windows are VLC Player and SMPlayer which both support FLV video files out of the box. Just download the full version or portable version of either program to your system to add support for the file type on your system.If you do not want to switch completely, associate the flv file type with the downloaded player so that they are loaded automatically in the right application whenever you want to play these video files.The second option is to download and install a codec that you can use to play FLV files in Windows Media Player and other players that don't support the format out of the box.You can either download a program like ffdshow to your system and configure it for that, or, and that is usually the better option, a codec pack that you can install on your system to add support for FLV files among others. 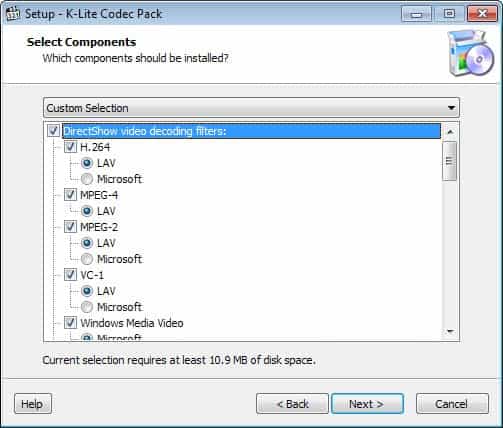 The K-Lite Codec Pack is a good candidate for that. It adds support for a variety of audio and video formats that Windows Media Player and some other players do not support out of the box.I suggest you download the basic pack as it is fully sufficient for all your needs. You can also select custom installation to only install some of the codecs that the pack offers.