Microsoft has made some significant improvements to the new OneNote app that provides you with a better-looking and more engaging experience when it comes to taking notes.

One of the significant changes is that there are different ways to organize your notes and new ways to record them. Microsoft also improved the syncing and backup process so you can always keep your notes safe, even if something happens to your computer or device.

The new OneNote has a new look. The ribbon interface is still at the top. This will help you switch between tools. If you're using the simpler view on Windows 11, you can use the simplified ribbon with fewer buttons.

The notebook dropdown and sections tab has a new look. The entire app has a new rounded look. The window frame also comes with a mica effect. This is similar to other new Microsoft apps. The color of the window also changes depending on what's open behind the window.

One of the main features of OneNote is Ink support. Although the new version has all the regular drawing and writing tools, you get new tools similar to Excel, Word, and PowerPoint. You also get a new ink-to-text feature. This converts all text to a font size that matches your writing.

The new OneNote also has a new voice and drawing dictation function. You can switch on transcription, and OneNote will ensure your drawing is in sync with everything you record. When you're ready to review everything, your ink work will play in conjunction with your recording. You can even record something like "delete that," and OneNote will recognize it.

The new ink-to-text and ink-to-shape features in the new OneNote are something that will make the app extremely useful. A few changes, like pen focus and new designs, will come up in future versions. 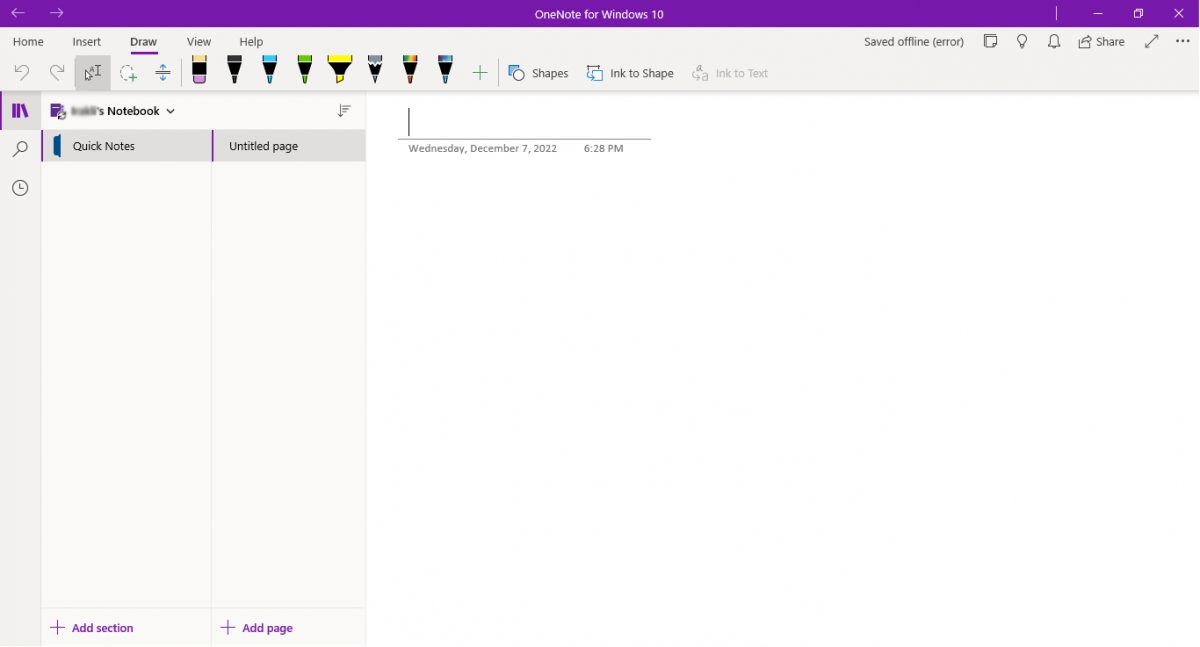 Time To Test the New OneNote

The new OneNote app is set to replace the old one used in Windows 10. This was a Universal Windows Platform, and Microsoft stopped working on this platform a while back. This was primarily due to the failure of the Windows phone. Other developers have also not shown interest in it. This is why Microsoft has worked on updating the OneNote app and brought about new features.