How To Make Free Calls From Your Computer With Google Voice

About three weeks ago, I finally got an invite for Google Voice, the new phone-managing service from Google that Iâ€™d been itching to try out since before it was even called Google […]

Have you ever wondered how and why your computer operates as it does? Why does it turn on and load the operating system? It is working because of the computer software that […]

Google's Android operating system is still only available in one commercial device, the T-Mobile G1 cell phone. Cell phone manufacturers and Google are however planning to release at least 18 Android based […]

I bought the T-Mobile G1 phone just a few days ago and have been browsing around Android Market, the phone's application market, quite a bit. One of the applications that I discovered […]

If you are considering getting a Google Android phone in the future - be it the only one available, the T-Mobile G1, or cell phones running the Android OS from other companies […]

For mobile phone owners, finding good applications to use can be tiresome. Firstly, you have to ensure that the software is compatible with your particular phone model. In addition, if the application […]

The first mobile phone that uses the Google Android operating system is just a few weeks away. One of the major selling points of Android is that it is Open Source and […] 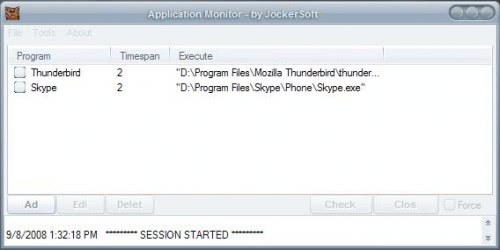 It might sometimes be essential to make sure that a software program is running all the time. This can be another monitoring software, communication software, hardware or anything else that is important […]

In a post last week I talked about the growth of cloud computing and web based applications in relation to online desktops. Today Iâ€™ve got some amazing flash powered online tools to […]

I am so hugely fond of Adobe Air apps right now because they are just so useful, easy to use and look so good. I also found a great site showcasing the […]

Iâ€™m not a big social networking person. There are way too many social networks out there like Myspace, Orkut, Hi5, etc. All my friends are on one network or the other and […]

I was thinking on rounding up some of the net's best freeware apps and putting them into one easily installable pack. As these things go, it seems like some clever people have […]

Put Wikipedia on your iPod

If you have one of the newer iPods with 8GB+ you might want to consider putting all the information of Wikipedia on it for fast reference. I personally think that this is an excellent idea if you regularly visit Wikipedia to research information but do not have Internet connection all the time. This could also be useful on your holiday trip if you want to quickly lookup information about a place, location or historical fact. 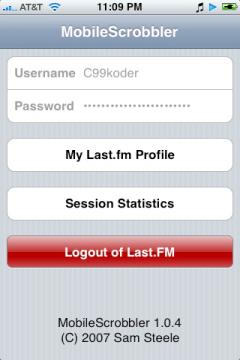 You can think whatever you want about the Apple iPhone but it surely gets more developer love than most other phones currently on the market. I spotted two incredible applications for the iPhone which might appeal to a lot of iPhone owners. The first software is called Mobile Scrobbler which connects the iPhone and iPod Touch with Last.fm.

I got a new Nokia N73 with a USB cable recently and have been searching for games and applications that I could download without charge and install on my new mobile phone. I have never put much thought into this sector before mainly because of my laziness and an old phone that had no data cable.

Watch My Cell is a useful application for Microsoft Windows if you have a account with a cell phone provider with a certain amount of monthly free minutes. Many cell phone owners who use such an account have troubles keeping the overview of how many minutes they have used in a month and would normally have to phone their cell phone provider to find out.

Weather Forecast for your iPod

The iPod gets more and more functionality that only PDA and mobiles have at this time. Today it is a straightforward weather forecast which can be updated every time the iPod is connected to the computer that is running the weather for me software. Using weather for me is actually pretty simple. After you have downloaded the software you have to enter your name and email (or fake ones).

Wikipedia on your iPod

The iPod becomes more and more not only a music and video player but also a multi functional player which is able to display subway maps, books and now the contents of wikipedia. Wikipedia on your iPod is a huge ebook which is available in English, German and Italian. The English version is the biggest one with 1.5 GB of data followed by the German with 550 MB and the Italian with 170 MB.

Add Subway maps to your iPod

I don't like those big subway maps that you get for free when you visit cities like London, Paris or New York. They are big, they tell everyone that you are a tourist (attracts criminals) and not that handy if you need a quick answer about a certain subway you need to catch.