Microsoft Edge provides a fantastic gateway to the web, with tools matching the top brands. Available on several platforms, we’ll discuss which features you should use, the top news related to the browser, and any tips to improve your experience.

One fundamental difference between Internet Explorer and Microsoft Edge, the company's upcoming web browser, is that Microsoft began to integrate third-party technologies into Edge. One of those technologies is Mozilla's asm.js which […] 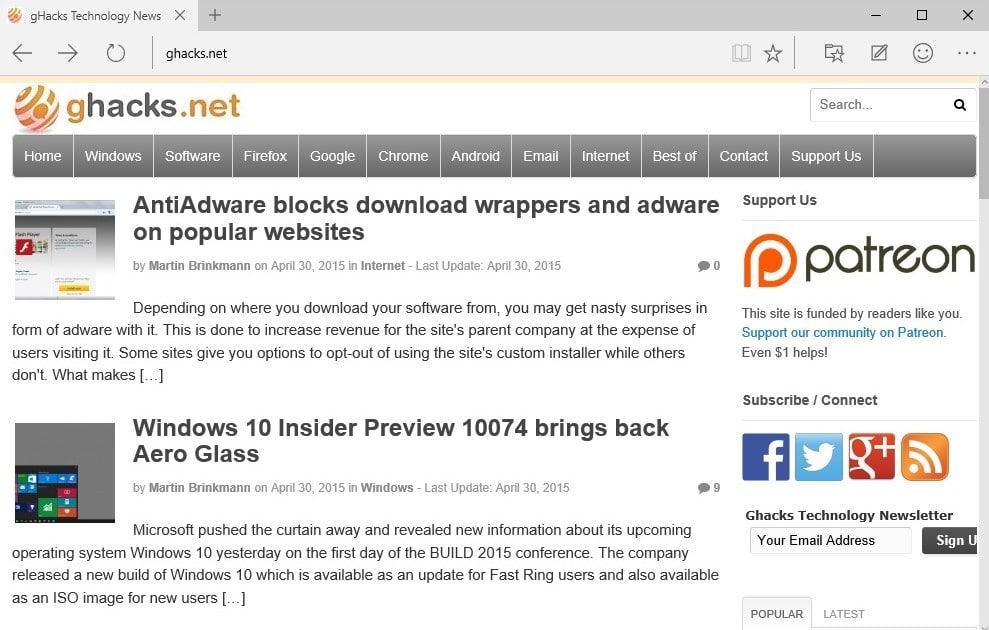 We all know by now that Windows 10 will ship with a new default browser that Microsoft calls Edge. While it won't be the only browser that ships with the system, as […]

Would you use Microsoft Edge if it supported your favorite extensions

Microsoft Spartan Edge is a browser in-development that will ship with Windows 10 later this year. In fact, it will replace Internet Explorer as the default web browser on the system. I […]