Opera 44 for Android with UI refresh and fast news access

Opera Software announced the general availability of Opera 44 for the Android operating system earlier today. The new version focuses on delivering news faster to users of the mobile browser, and refreshes […]

Opera Software released Opera 49 a moment ago to the browser's stable channel. The new version of the Opera browser introduces new functionality like a player for VR content or VK messaging […]

Opera 48.0 Stable released: find out what is new

Opera 49 will ship with a new setup option that Opera Software calls Easy Mode to customize important preferences of the browser. Easy Mode is not an entirely new feature though, as […]

Opera VPN Gold is a new upgrade option for Opera's free Opera VPN application for iOS that improves the service for a cost. Opera Software acquired the VPN provider SurfEasy some years […]

Opera Software announced the decision to discontinue Opera Max, an application for Android designed to save bandwidth and improve privacy today. The company launched Opera Max back in 2013; first in the […]

Opera Software released Opera 47 to the stable release channel on August 9, 2017 after a shorter than usual release cycle. This shorter release cycle means that less major features are introduced […]

Opera Software released Opera 46.0 on June 22, 1017 to the Stable channel brings along with it stability improvements and quality improvements. Opera states that the releaseÂ  is the second stage of […]

If you use a recent version of the Opera web browser on your computer, you may have noticed ads on the browser's new tab page. It is not uncommon for companies to […]

Opera Software released several updates for Opera 45 Developer recently that brings Telegram integration, and improvements to the Reborn redesign of the browser. Reborn, a new design for the Opera web browser […] 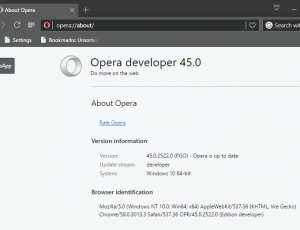 Opera Software continues its work on project reborn, a redesign of the Opera web browser that is less platform-specific, and more modern. One of the main features of Opera Developer 44, the […] 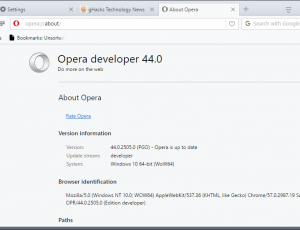 Opera Software released the first build of the Opera 44 Developer web browser featuring a refresh of the browser's user interface. The interface refresh is part of the bigger project Reborn which […] 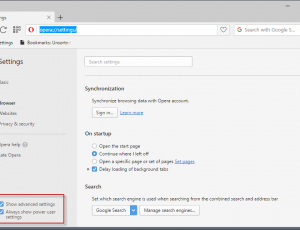 How to speed up the Opera web browser 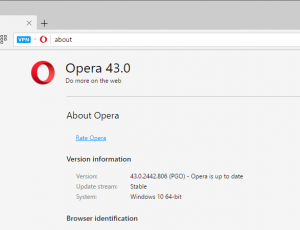 Opera Neon: a new concept browser for the desktop

Opera Software revealed a new concept browser called Opera Neon a moment ago both in a life stream and on the official Opera Blogs website. Opera Neon is a prototype web browser […]

Opera Software has released the first Developer version of the upcoming Opera 44 web browser to the public today. The new development version, a version that is made available for testing purposes […]

Opera 42, the new stable version of the web browser by Opera Software, ships today with a built-in currency converter and other changes. Opera Software appears to be on an innovation spree. […]

Opera Software integrated what it calls an address bar speculative prerenderer in Opera 43 to speed up the loading of resources from the address bar. We talked about this back when the […]

If you are following members of Opera Software's Developer Relations team on Twitter or elsewhere, you may have noticed that most announced that they left the company recently or are about to […]

Opera Software published the first preview version of Opera 43 to the Developer Channel today. The company plans to ship Opera 43 with a whole array of new features that include native […]

Opera Max gets a nagging feature

The most recent version of Opera Max, a free VPN app for Android, adds time limitations to the service which require users to become active to continue benefiting from Opera Max. Opera […]

Opera 41 Stable is out

Opera Software has just released Opera 41, a new stable version of the popular cross-platform browser for all supported desktop operating systems. Probably the biggest new feature of Opera 41 is the […]

Opera Software has started the roll out of a new Privacy Mode feature for the data compression application Opera Max for Android. Privacy Mode goes hand in hand with Opera Max's data […]

Opera Software released a new beta of Opera 41 to the public yesterday that promises performance improvements in several key areas. In short, Opera 41 starts up about 48% faster, decreases cpu […]

Opera Software started to roll out an update for its stable Opera browser for Android that ships with a redesigned user interface among other things. According to Opera Software, the new look […]

Opera 40 is the latest version of the Opera desktop browser that brings automatic battery saving, Chromecast support, a built-in browser proxy and other features to the stable channel. We have talked […]

Opera Software, along with the release of Opera 41 to the Developer channel, released the new Opera Portable Installer to improve the process of installing portable versions of the browser. It is […]

Opera informed the public yesterday that it detected an attack on the company's server used for the Opera Sync system. Earlier this week, we detected signs of an attack where access was […]

Opera Software released its free VPN application for Android today after making it available to iOS devices earlier this year. The company's journey as a VPN provider started with its acquisition of […]

Opera announced yesterday that the company has been experimenting with a new memory Heap compaction feature in the Dev and Beta versions of Opera for some time. The new feature promises better […]

Opera published a new version of Opera Developer today that introduces basic RSS Feed functionality in the web browser. Opera Developer 40.0.2296.0Â  is out, and you may upgrade to the version if […]

According to a report on Reuters, the sale of Opera Software to a Chinese consortium is not going to happen. The deal, approved by company boards and shareholders alike, failed to win […]

Opera launched a new Power Saving mode in Opera 39 to improve the web browser's battery life during mobile use. Opera's own tests showed that the browser's staying powers improved significantly with […]

Opera Software launched a new feature in Opera 40 Developer edition recently that introduces a new Search popup feature in the browser. Opera displays a small popup next to text that you […] 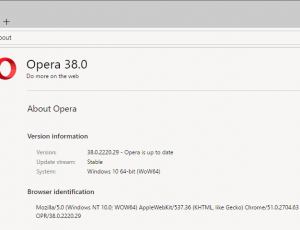 Opera 38: Find out what is new

Opera 38 Stable was released on June 8, 2016. It features a new power saver mode as well as other improvements. The new Opera browser version is already available, and users can […] 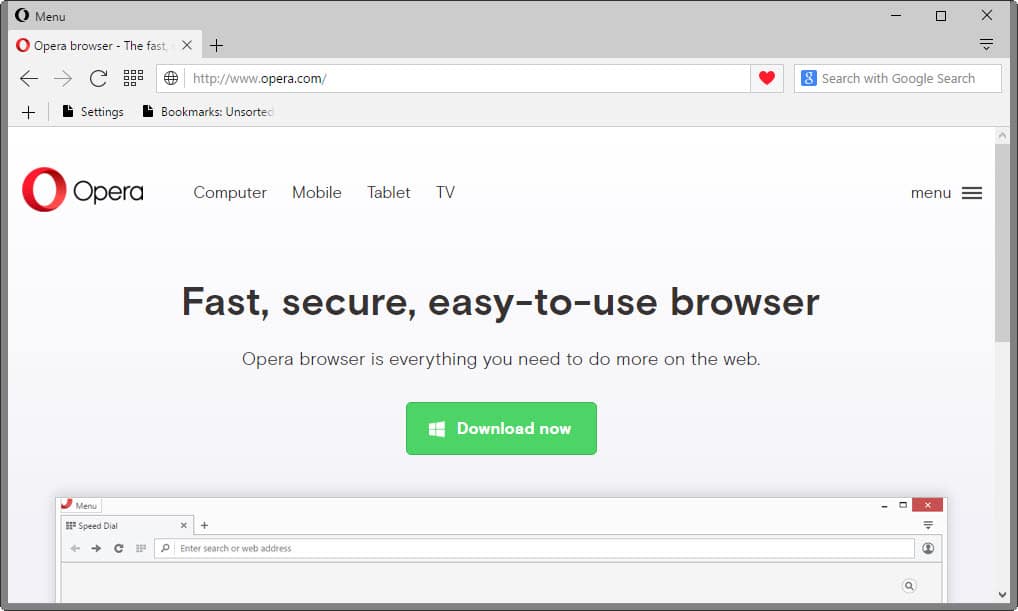 The sale of Opera Software to a Chinese consortium for 1.2 billion US Dollars has received the required 90% shareholder acceptance rate. Rumors that Opera Software was up for sale emerged as […]

Opera Software continues to push a news feature in the company's Opera web browser. It plans to release an update to it that gives users more choice when it comes to the […]

Opera Power Saver is a new feature implemented in Opera 39 designed to improve battery life of mobile device when Opera is used as a web browser. A new Power Saver icon […]