The program nnn is one of the lightest file managers available for Linux, macOS, BSDs. It is not your traditional file browser though as it lacks a graphical user interface. Tip: if […]

Fedora 31 Linux distribution is out: here is what is new

Fedora 31 Workstation has been released on October 30, 2019. The new version of the popular Linux distribution comes with the desktop environment GNOME 3.34 and several other improvements and changes. New […]

Conky is a highly customizable system monitor for Linux

A couple of months ago, we introduced you to a Windows program called Sidebar Diagnostics; this time, we are going to take a look at a similar program for Linux. Conky must […]

OBS Studio aka Open Broadcaster Software Studio is very popular among YouTube users. You can use it to broadcast gameplay streams live or use it to record videos (which you may then […]

Celluloid is a really good mpv frontend for Linux

If you are a Linux user who wants a front-end for the popular MPV video player, Celluloid may be your best bet. I installed the application via flatpak but you can find […]

Newsboat is a command line based RSS feed reader for Linux

Once upon a time, there used to be a Command line based RSS feed reader called Newsbeuter, but, like many a good program it too was abandoned. Fortunately, another developer forked the […]

SimpleScreenRecorder is a user friendly video capturing app for Linux

Video recording tools can be complex for many users. Besides requiring users to configure plenty of options, they often make use of technical terms such as bitrate, fps, codecs, sample rate and […]

Feh is a light-weight command-line image viewer for Linux

The default image viewer in most Linux distros is a fine option for many users, but if you want a distraction free alternative, Feh is a good option. Feh's interface is as […]

Bookworm is a light-weight eBook reader for Linux

While Calibre has a built-in reader, and is the absolute best when it comes to managing and converting eBooks, some people may prefer an alternative when it comes to reading ebooks. Bookworm, […]

A Look at Redcore Linux: Gentoo based Linux Distribution

Many people in the technology world have heard, at least in passing, of the Linux distribution Gentoo. Gentoo is one of the most famous distributions to the point of becoming a joke; […]

Flameshot is a brilliant screenshot tool for Linux

The default screenshot tool in Ubuntu is alright for basic snips but if you want a really good one you need to install a third-party screenshot app. Shutter is probably my favorite, […]

Fix for no sound issue on Linux when using headphones

So, I recently did a bunch of distro-hopping to test out some systems I am unfamiliar with, and I found an issue that persisted regardless of what I was running; if I […]

The Linux Mint team released a new version of the Linux distribution on August 2, 2019. Linux Mint 19.2 is already available in the three supported flavors Cinnamon, MATE, and Xfce. The […]

With the impending destructionÂ  of Windows 7 (read: loss of official support) looming in the horizon, many users may find themselves in the debate of moving to Windows 10 or jumping ship […]

Steam customers who run the gaming client on Ubuntu machines were in for a shock when Canonical, Ubuntu's parent company, announced that it would not support 32-bit packages on Ubuntu going forward. […]

The final version of the Linux distribution Ubuntu 19.04 is now available. The new version is already available for download in all supported flavors. Existing Ubuntu systems running Ubuntu 18.10 can be […]

Gaming on Linux picked up some pace in recent years in large parts thanks to Valve Software's investment in growing gaming on Linux. Mike listed some AAA games on Linux that Steam […]

Linux Mint 19.1 codename "Tessa" was released on December 19, 2018. The new version of the popular Linux distribution is a Long Term Support release that will receive updates until 2023.Â  It […]

You can now buy Linux on Microsoft's Store

WLinux is the first commercial version of Linux, more precise the Windows Subssystem for Linux, on the Microsoft Store. It is advertised as a "fast Linux terminal environment for developers and pro-users […]

Fedora 29 released with support for Modularity

The Fedora Project announced the release of Fedora 29, a new version of the open source Linux distribution, on October 30, 2018. Fedora 29 introduces the concept of Modularity across all different […]

This is the second part of our migrating from Windows 7 to Linux guide. We talked about general preparations in the first guide that looked at choosing the right Linux distribution, finding […]

This is the first part of a series of articles that describes how to migrate from a Windows 7 device to a device running Linux. The main motivation behind the series of […]

Tails 3.9 is a new version of the privacy-focused live operating system that is based on GNU/Linux. The new version of Tails includes security updates and major changes such as native VeraCrypt […]

Watch your favourite streamers from GNU/Linux with GNOME Twitch

Streaming is a big deal nowadays in the gaming world; what used to be boring and weird, watching someone else play a videogame, is now something that millions of people spend their […]

If youâ€™re like me and use Microsoft Exchange or Office 365 for work or school, youâ€™ll quickly find out how much of a pain it can be, trying to find a solution […] 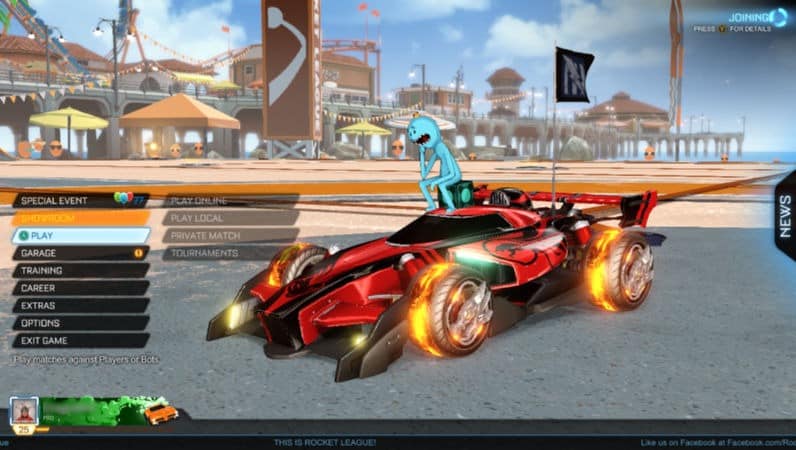 Gaming on GNU/Linux systems is becoming more and more feasible, with updated video drivers coming frequently from both major sides of the market, and more people learning about and using GNU/Linux based […]

Iâ€™m a gamer. Iâ€™ve been playing PC games since DOS, and have no plan to ever stop, thankfully there are an increasing number of wicked games available on GNU/Linux systems, like Rocket […]

Iâ€™ve been really wanting to like Budgie, but havenâ€™t had the best experiences with using it on various systems, as you can read in my look at Solus and an attempt at […]

DEDA is a new tool for Linux that researchers have created to read and decode the forensic information, and to anonymize information to protect against tracking. The Electronic Frontier Foundation discovered in […]

A look at Lutris â€“ Open Gaming Platform for GNU/Linux

Thereâ€™s plenty of gaming platforms out there nowadays, from Steam to Origin, it seems like you need to have almost as many gaming platforms as you do games installed. GNU/Linux users are […]

WoeUSB is an application for GNU/Linux that enables you to create bootable USB media for Windows from Windows ISO images or DVDs. So, thereâ€™s many different tools out there for all operating […]

The fight of Manjaro Budgie

So, Iâ€™ve been gone for a little while to finish school (I did well!) and got a new (to me) computer. I had issues with it from the moment I bought it, […]

A look at Spice-Up presentation software for GNU/Linux

As a student, presentations are second nature to me. I canâ€™t even count the amount of times I have had to make visual presentations and slides of information over the course of […]

As a print journalist by trade, Iâ€™ve had to use more Adobe InDesign than I care to get into. I swear I kern text in my dreams or something at this point. […]