Google does not seem to the only company that has accelerated the pace of browser development in the last year. Opera Software yesterday released the first Opera 11 release candidate, a big […]

Popup Statusbar may be an interesting Opera extension for users who want as much screen estate as possible for the websites and services displayed in the Internet browser. What does it do? […]

With Google Chrome leading the development pace, at least when it comes to increasing the version of the browser, Opera is second fastest in the game. The Norwegian company has just posted […]

The Opera desktop team has added several improvements to the latest public snapshot of the upcoming Opera 11 web browser. Opera users who have tested previous snapshots will most likely notice the […]

Opera Gets Autocomplete With Buscomplete Extension

The Opera browser in its current form is not offering a Firefox-like autocomplete functionality, one where the browser remembers text entered into forms on web pages to display it again when the […]

I do not like ad blockers as I make my living from those ads. The more users install ad blockers, the less money I make. It is that simple. My hope is […]

If you have followed the news surrounding the Opera web browser lately you know that the upcoming Opera 11 browser features an extensions framework, much like the one used by the Google […]

Now that was fast. A first alpha release of Opera 11 was released by Opera Software only a few days after the announcement that Opera 11 would get extensions. The new web […]

How To Change The Opera Cache Directory

Update: With Opera switching to Chromium just like Google Chrome, the method below is no longer working. To change the cache of Opera 15 or newer, you need to add the startup […]

Breaking, Opera 11 Will Get Extensions

Who would have thought that? ESPEN ANDRÃ‰ Ã˜VERDAHL over at Opera has just revealed that the next big iteration of the Opera web browser will have extensions. Yes, extensions like Firefox or […]

Speed Up History Navigation In Opera

Did you know that the Opera browser has three different modes for history navigation? All browsers make use of the history, to allow their users to go back and forth in it […]

The topic of streaming video to a friend's computer came up yesterday evening. Direct experience is often the base for excellent articles and this will hopefully make no exception. The first option […]

Opera users who want to synchronize the web browser can do that with Opera Link easily. Opera Link synchronizes bookmarks, notes, the browser history and a few settings between browsers if the […] 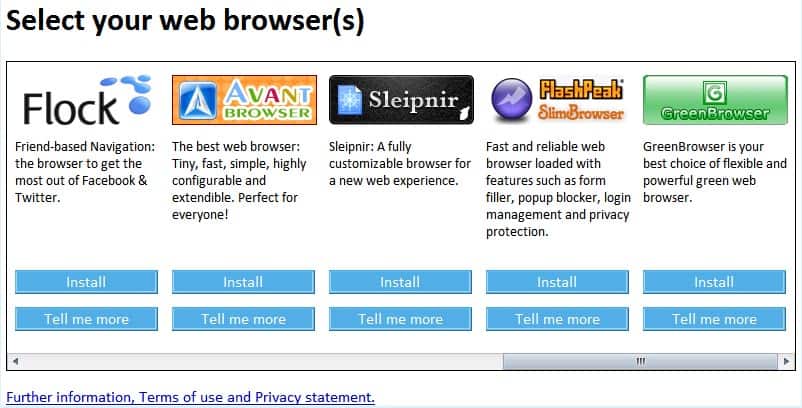 Opera is in the news quite a bit in the last couple of days. First they manage to rush out the final release of Opera 10.50 in less time than some companies […]

Opera Backup is a free program for Windows devices that you may use to back up or restore Opera browser data. Backups should be an important part of every computer user's disaster […]

Regular readers know that I would make the switch from Firefox to either Google Chrome or Opera if those web browsers would support NoScript functionality and Last Pass. NoScript is a security […] 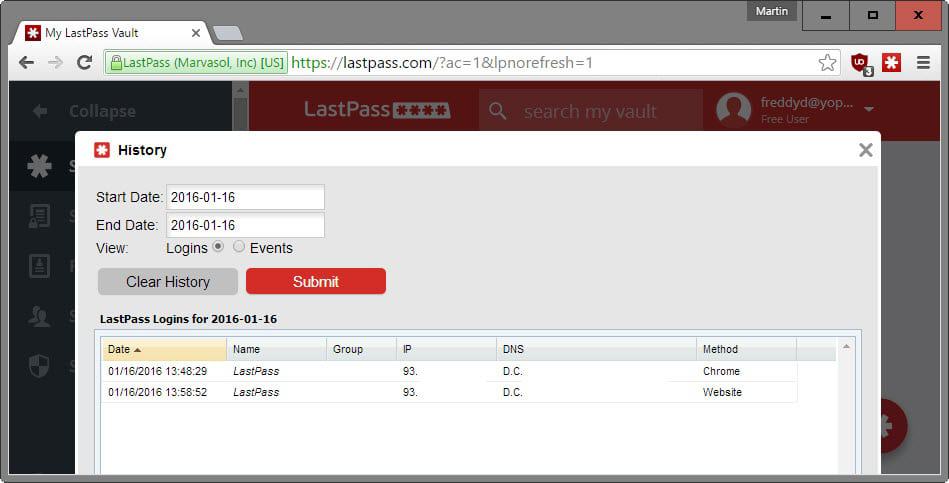 Two Things that Keep Me From Switching to Opera

The recent preview of Opera 10.50 has shown that the Opera development team is dedicated and willing to improve the web browser even if it does not get the attention that it […]

The Opera development team told us recently that they would release a pre-alpha of Opera 10.50 on December 22 and that this release would all be about speed. No one but the […]

The Opera developers have taken a different road than most web browser manufacturers when it comes to add-ons for their web browser. The main difference is that Opera Widgets are running in […]

Note: This is a news and release history for all Opera browser versions that we have reviewed in the past here on the site. It covers all major versions of Opera as […]

Opera Portal Beta is a relatively unknown service offered by the web browser developer Opera. It basically offers users a customizable start page that can be best compared to similar services such […]

Working With Many Tabs In Opera

There was a time when I used Opera almost exclusively. This has changed with the rise of the Firefox web browser but I do know quite a few users who use Opera […]

I've finally decided recently to dedicate some time to re-thinking the way I've used Opera's M2 e-mail client for some years now. And I'm glad I made that decision because it completely […]

Roman send me an email yesterday about a problem that he researched the other day. He noticed that the mouse cursor in every Firefox tab was disappearing and appearing again with no […]

Web Browser Memory Usage Benchmark Gets It All Wrong

Web browser memory usage might not be that much of an issue in these days with Gigabytes of computer memory being build into modern computer systems. There is however the low end […]

Opera has finally lift the veil and introduced the "thing" that would reinvent the Internet. It goes by the name Opera Unit and will be a part of the upcoming Opera 10 […]

Opera Will Reinvent The Internet On June 16

At least that's what they claim. If you visit the Opera Freedom teaser page you are greeted with an image of a cloud that is split in half by a lightning bolt […]

How To Change The Speed Dial Size In Opera

The development team of the Opera Internet browser introduced speed dial a while ago in the web browser. Speed Dial displays up to nine websites that are added by the user as […]

The Opera Internet browser comes with several search engines pre-installed that you can access from one of the toolbars. It offers a quick option to search using the default search engine or […]

The Opera team is never shy when it comes to introducing new features in the company's Opera web browser that are then copied by other browser companies and developers, and added to […]

Opera displays a set of up to nine thumbnails of websites on every blank tab that is opened in the browser. The Speed Dial feature provides the means to open nine custom […]

One of the many things that Opera is doing really well is providing an easy way to changing themes in the web browser. Everything from choosing a theme to downloading and installing […]

Iâ€™ve got a feeling that the biggest loser from Google releasing Chrome is going to be Opera. I saw a lot of reviews comparing Chrome to Firefox, Safari and IE, but almost […]

Opera Knew Best All Along

This report by Mashablesâ€™ Paul Glazowski caught my attention whilst reading my feeds the other day. Itâ€™s called, â€™Opera Miniâ€™s Continued Success Rests on Smart Product Placementâ€™ and describes the current success […]

Did you know that you can easily load Greasemonkey scripts into Opera? While Firefox users need an extension for that Opera users can simply import them into Opera. Well, some manual work […]