Remember the Sets feature that Microsoft revealed back in 2018 and even included in some Insider Builds back then? That feature seems to be dead and buried even though you find conflicting reports right now on the Internet.

Microsoft designed Sets as a way for Windows 10 users to merge multiple application windows into a single window container for easy access. Similarly  to tabbed browsing that you know from desktop browsers, Sets extended the functionality to any application.

You could use it to display File Explorer, Office, and the Microsoft Store in a single window, and switch between the different applications with a click on tabs. 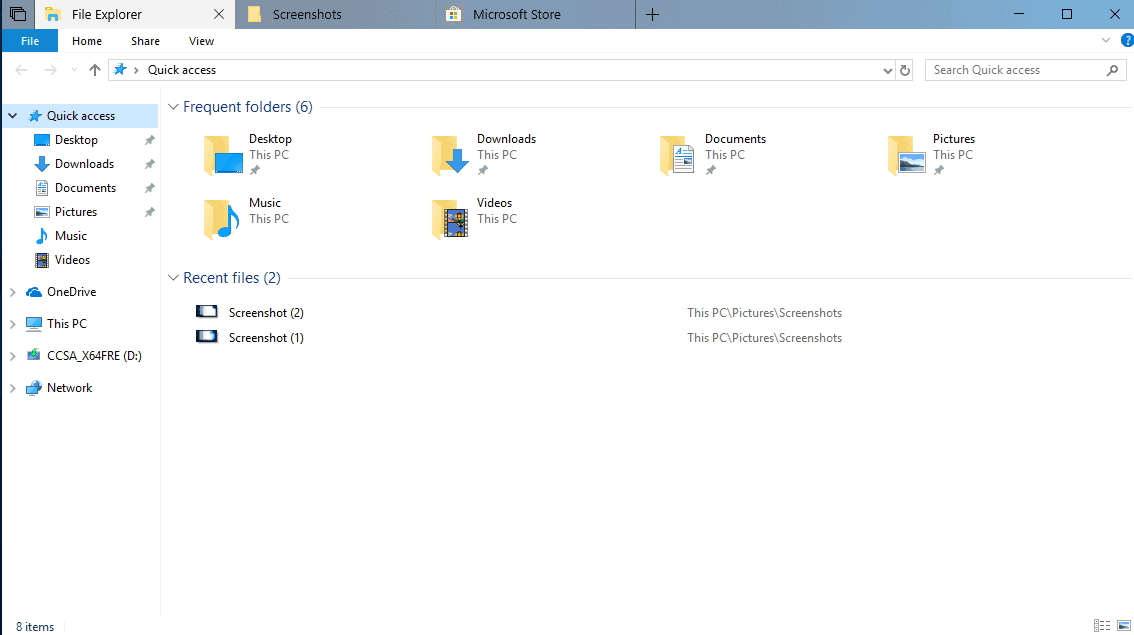 Microsoft pulled the feature because it was not ready back then for integration in the then-upcoming next feature update for Windows 10. The company said that Sets would make a comeback eventually, but things went quite shortly thereafter. Sets was not included in the April 2018 Update nor Windows 10 version 1809.

A tweet by a Microsoft employee, Microsoft Senior Program Manager Rich Turner, on April 20, 2019, was picked up by blogs and news outlets as it was the first (semi) official quote on Sets since all went dark in 2018.

The Shell-provided tab experience is no more, but adding tabs is high on our to do list.

The sentence may appear disambiguate at first, but it is actually quite self-explanatory. Sets as we know it is not worked on anymore by Microsoft; this means that we won't see the universal tabbed feature for Windows applications that Microsoft revealed and tested for a short period.

The second part of the sentence, the "adding tabs is high on our to do list" makes sense when you look at Turner's role at Microsoft. Turner is working on Windows Console and bringing Linux to Windows, and that is the area where tabs will make a reappearance. Instead of launching tabs system-wide, tabs will still come to the Windows Console.

Mary Jo Foley offers background information on Microsoft's decision. Sources close to Microsoft told her that the decision to create a Chromium-based version of Microsoft Edge was the final nail in Sets' coffin.

The Edge team would have needed more time to integrate Sets into the new Chromium-based Microsoft Edge browser, which would postpone the release. Sets also was not "well received or understood", and all that led to the decision to not pursue it further according to Foley's sources.

Windows users have plenty of third-party programs that they may use to add tabs to the Windows Shell including ike Stardock Groupy, TidyTabs, QTabBar, Tab Explorer, or Clover.

I have to admit that I did not find Sets particularly useful when I tried it in the Insider Build it was included in. Unlike in browsers, where tabbed browsing helps manage open sites better, I could not see much gain over using the taskbar for that.

Sure, you could switch between apps that you added to a tab stack quickly or control the window of all apps at once, but I never really discovered a way to use Sets effectively to justify the existence of the feature.

Now You: Would you like to have seen Sets included in Windows?

Previous Post: « Fix "What needs your attention" error when upgrading to Windows 10 May 2019 Update
Next Post: It looks as if Microsoft Paint is not going anywhere anytime soon »