Update: Facebook Messenger is no longer available for Windows. Facebook is only offering it for Android, iOS and Windows Phone currently. We have removed the link to the (now defunct) download page of the Windows Facebook Messenger.

First information about Facebook's plan to release their own instant messaging program appeared on a Facebook support page about a month ago.

Facebook Messenger for Windows, according to that page, offers chat, messaging and notification functionality. The program was initially only available to a group of alpha testers but has since then been made available publicly as well.

Windows users who install the client on their system need to connect the program with a Facebook account before they can use its functionality. 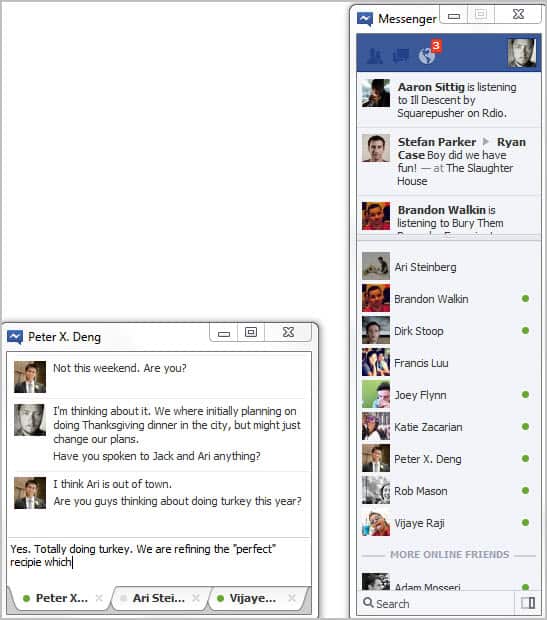 Chats open in a new window that is using a tabbed interface to separate different chats. The program is bare bones otherwise at the moment. The only other options provided are displayed in the system tray icon's right-click context menu. Here it is possible to dock the Facebook Messenger window to the right of the screen, and to turn off sound notifications.