Nintendo just announced the SNES Classic, a new classic console that the Japanese company plans to release on September 29, 2017.

The SNES Classic console follows in the footsteps of the very popular NES Classic. Demand was super high for the NES Classic, and it was often difficult to get your hands on one.

Devices were sold for a premium on marketplaces like eBay or Amazon, as they were out of stock most of the time.

Nintendo discontinued the NES Classic earlier this year, and it seems unlikely that the device will make a comeback in the near future. 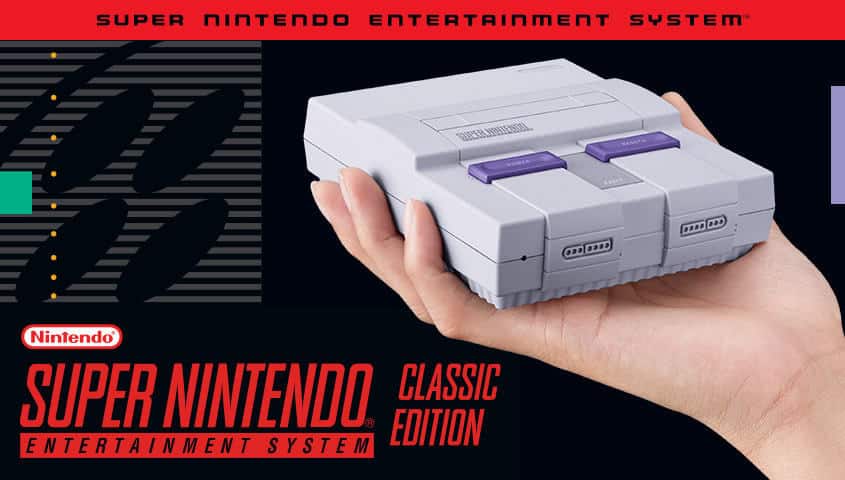 The SNES Classic on the other hand will be available starting September 29, 2017 for a retail price of $79.99.

You get a console for that with 21 games, 2 SNES controllers, and a HDMI cable. The games are fan favorites through and through; here is the list:

The collection includes some of the most popular SNES games of all time including Super Mario World, Super Mario Kart, Donkey Kong Country or Super Metroid, but also something for RPG fans in form of the fabled Secret of Mana and Earthbound games.

The bundle includes a previously unreleased game, Star Fox 2, as well as Nintendo notes. It is unclear yet if the SNES Classic will be released worldwide on September 29. 2017.

Update: The SNES Classic comes to Europe as well on September 29, 2017. The German Nintendo website confirms this, but does not list a retail price. It confirms however that the games are the US  NTSC versions of the games which means that they will play with 60Hz. It also states that a power adapter is not included. The US Nintendo site states that "one USB charging cable with AC adapter" is included.

The SNES Classic comes packed with some of the most popular Nintendo games of all times, and also games by companies such as Square, Capcom and Konami.

I will definitely try to grab at least one unit.

My hope is that Nintendo has learned from the high demand that the NES Classic had, and will produce enough units to satisfy fans all over the world. This would also limit the charging of two, three of four times the retail price.

While the 21 games are a great start when it comes to the SNES Classic, the Super Nintendo Entertainment System had so many great games that I hope that Nintendo considered making this thing extensible.

I case you are wondering what those are, check out our 2016 article Nintendo should release a SNES Classic.

The SNES Classic is definitely cheaper than picking up a classic Super Nintendo console from marketplaces like eBay, especially if you want some of the games included as well. What sets it apart from the classic system is HDMI support as classic consoles don't play too well with most modern TVs.

Now You: What's your take on the release?