One of the disadvantages is that these programs require a server (or a home PC, although this would void some of the advantages) to run. One of the most popular voice communication programs is TeamSpeak which has been available in version 2 for a very long time. 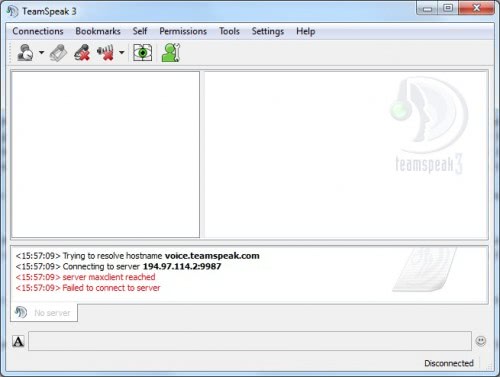 The developers of TeamSpeak have finally released version 3 of their software which is now available as a client and server version for all supported operating systems (Linux,Windows and OSX). The new version has been improved in many aspects. Especially the improved codec which offers better quality and smaller transfers and the ability to share files with users of the TeamSpeak server are two of the improvements that make TeamSpeak 3 a must have update.

The TeamSpeak website is currently displaying a static website with torrent and file hosting downloads only. The full website will be enabled again once the traffic begins to slow down again.