Recently,  Twitter’s API changes killed Tweetbot, a third-party Twitter app. Tapbots will be releasing its next new product hoping to fill the void left by Tweetbot. An early access release Mastodon client app, Ivory will be made available in the app store. As of December, Mastodon has managed to grow to 2.5 million users across 8600 servers.

Tapbots is a software development company that was founded in 2008; based in San Francisco, California. This company creates mobile apps for iOS devices which are the iPhone and iPad. For years they've also been known for the Tweetbot, which is their popular Twitter client. Tapbots is also known for apps like Calcbot and Pastebot.

The term early access means that Tapbots will still be adding more features to the app at a later stage. The founder of Tapbots, Paul Haddad, mentioned that the app has just been recently approved.  Tapbots promises that Ivory will offer the same experience as Tweetbot the only difference is that Ivory will work on the Open Source platform Mastodon. 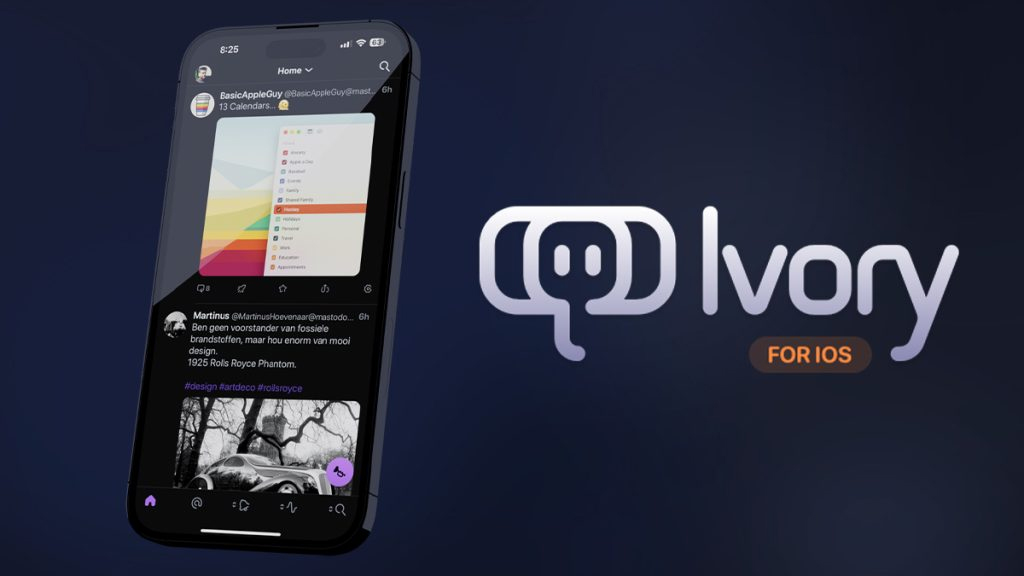 At launch, the Ivory app comes with a lot of features promising fast performance, an attractive user interface,  smooth scrolling, and sound design.  The app also supports multiple accounts and allows federated and local timelines,  post statistics,  trending posts,  notifications, and more. It also comes with some features that were not available on Twitter, such as the ability to add a comment warning to a post,  GIFs, and polls.

The Ivory app comes with the most familiar features of social media apps. You'll find hashtag tracking, timeline filters, and mute filters with regex support allowing you to hide posts. This will appeal to users that want to mute or avoid certain posts. Ivory Also comes with a bunch of personalization features. 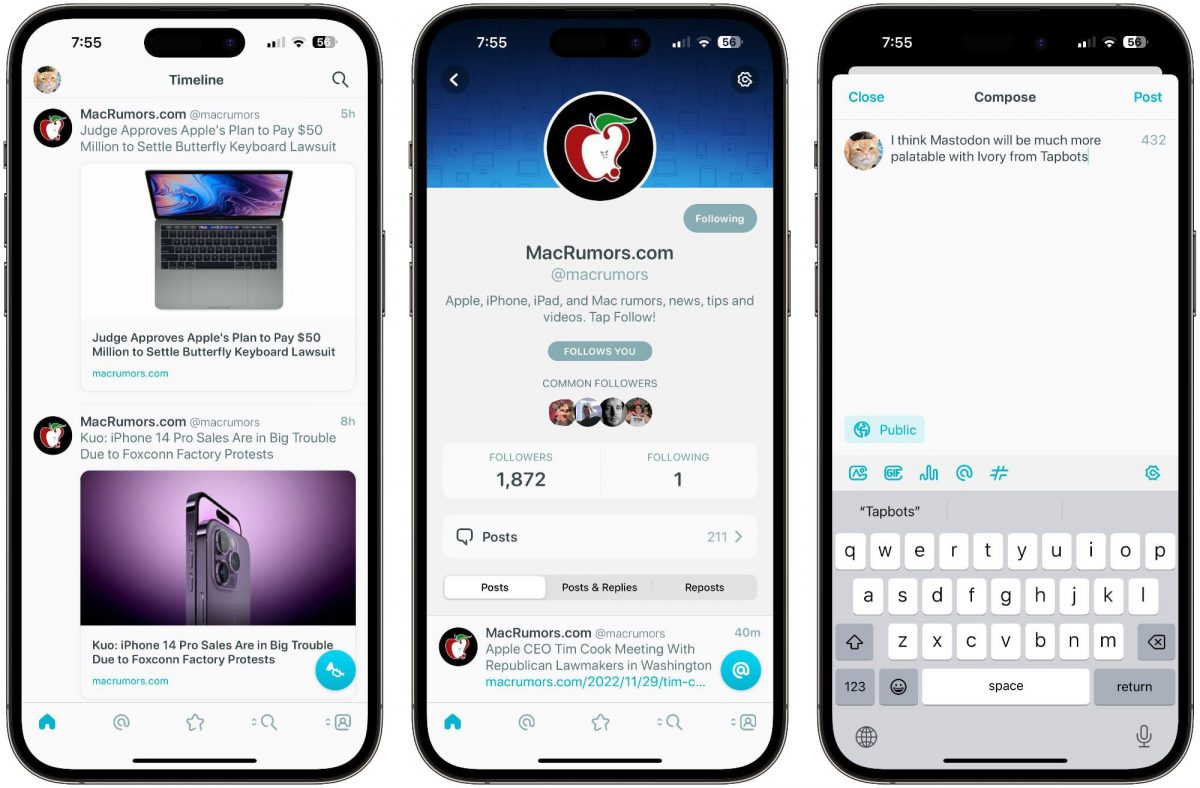 Tapbots has highlighted that Ivory will take advantage of the years of experience that it has from apps such as Tweetbot when building this app. The app will develop by adding more features in the future.

With all that being said and considering my love for open-source projects,  Ivory is set out to be a great Mastodon app. Although it's still early to tell, I would say the features it came with upon its release make it worth the try. If you're still skeptical, go in there and check out the reviews on MacStories.

Before you rush to download it, please note that you can demo it in read-only mode.  With the demo mode, you can boost,  post, and favorite other people's posts. To get full access to the app, it will cost $1.99 a month or $14.99 for a year, and this comes with a one-week trial separate from the demo. There's also a premium subscription for $24.99 for the year. the subscription also allows for iCloud family sharing, and setting it up means the entire family can access it too.