While Microsoft Office started with a few programs, it has a larger selection today with a cloud offering. Besides sharing news on the latest packages and prices, we’ll also review different apps, provide some tips, and compare them with others.

The Microsoft Office Suite is currently not supporting the Open Format (ODF), a file format for spreadsheets, charts, presentations and word processing documents. Most users will probably have come in contact with […]

It seems that Lifehacker is having Ghacks week which I personally do not mind but the amount of articles that they referred to is large to say the least. You may know […]

I never had any experience with using Microsoft OneNote before getting the Microsoft Office 2007 Home Edition. Iâ€™m a university student and having spent a few weeks attempting to organise my notes […]

OpenOffice On The Fly Translations

The EuroOffice Dictionary is an Open Office extension that provides access to on the fly translations of words in Open Office. The user only needs to hover over a word or type […]

Everyone likes to bang on about how Google Docs is going to be the end of Microsoft Office, but people say that sort of thing all the timeâ€¦ 2008 is going to […]

Microsoft released four security updates for various applications and operating systems that they produce. Three of the four updates are regarded as critical while one has a moderate risk level. To break […]

The Recent Documents are a comfort function in Office 2007 products such as Word 2007 or Excel 2007 that displays the last 17 documents that you have opened in the applications. You can open that menu when you click on the big - some say huge - Office icon button on the top left corner of the screen.

Microsoft Powerpoint has one huge disadvantage. It only supports local presentations and offers no way to show a presentation to users of a conference that take part from different offices. Most companies send the presentation by email to those users but this is not the best solution in my opinion.

How do I open .docx files was an article that I wrote some time ago. It explained how users that did not use Microsoft Office 2007 were able to open .docx documents that they downloaded or received from users who were using Office 2007. Some time has passed since writing the initial article and I thought it would be nice to take a look at more methods and programs that let users open. docx documents.

I'm always looking for good project management solutions, and so far I haven't found one that fits my needs perfectly. Short of programming one for myself, I don't think I (or anyone […]

Docsyncer was mentioned on the Digital Inspiration blog as a service that automatically synced Microsoft documents such as doc and xls with the Google Docs web service. This can be incredible helpful if you do use Microsoft Office and Google Docs. This could for instance be the case if you upload your Word or Excel documents to Google Docs to be able to work with them on a different computer.

Use Microsoft Word to save PDF Documents

Microsoft has introduced so called add-ins in Microsoft Office and Word which are first-party or third-party applications that extend the functionality of the software. One add-in in particular is being a great asset for me personally, it is called the 2007 Microsoft Office Add-in: Microsoft Save as PDF or XPS and works with eight Office programs including Microsoft Word 2007 and Excel 2007. 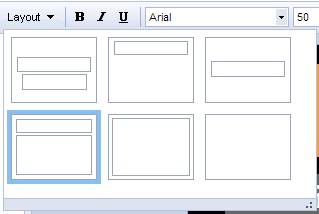 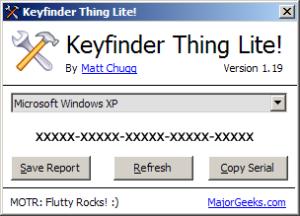 Would you be able to write down the serial number of your Windows operating system if I would ask you to do it ? Or of Microsoft Office ? This is normally not a problem because you have the serial number in written form and can look it up if it is needed. But what if you can't find it anymore because it somehow got lost during the last move ?

How do I open docx files?

Microsoft introduced the .docx file format in its new Office and Word applications and wants it to replace the commonly used doc format. The problem with the change from doc to docx is that many users are still working with prior versions of Word or no Microsoft product at all and face the problem that they can't load the docx file because it is not supported in their application.