The Facebook company is one of the top social networking companies worldwide with a massive following. This area highlights headlines causing a stir in the media, revealing any news or upcoming features that may affect or improve your experience.

Facebook does not seem to come to rest these days when it comes to privacy. A new bug was discovered on Wednesday by researcher Atul Agarwal, which allowed anyone to match an […]

How To Add An RSS Feed To A Facebook Page

Facebook, love it or hate it. I never really used the social networking site much; not my thing to share quizzes, games and all the other things users share on the site. […]

Microsoft is going to release theÂ Facebook social connector for Outlook later today according to Neowin.Â  The connector allows you to integrate your Facebook contacts into Outlook to view things like their status […]

After many months of pressure, social networking site Facebook has agreed to put a panic button for children and teenagers, according to the BBC. The button will reports abuse to the UK […]

In the last year or so there's been an explosion in sites allowing you to use a third-party login to access their services.Â  Every major company except for Microsoft has so far […]

One problem with that many popular sites out there on the Internet is that of data redundancy. Facebook users who also have a Flickr account had that problem in the past. If […]

Remember the story on Read Write Web that was called "Facebook Wants to Be Your One True Login"? It causes some controversy back then because it made the popular web blog rank […]

Facebook Photo Zoom is an extension for the Google Chrome web browser that makes it a lot easier to view larger versions of photos posted on Facebook. Even better, it does so […]

Update: The service and the bookmarklet are not available anymore. Facebook has created a Privacy Checkup tool which you can use directly on the site. To launch it click on the icon […]

Openbook is a search engine that can be used by anyone to search Facebook Updates. The recent Facebook Search api changes have made the search engine possible. The goal of the Facebook […]

Facebook's popularity makes it a prime target for hackers, phishers and other malicious people on the Internet who try to steal login information, invade your privacy or do other malicious things with […]

I have recently started to increase the time I spend on Facebook, not because I'm really fond of social networking sites but because I like to get a deeper understanding of it. […]

Facebook privacy has been in the news lately with many users thinking that the privacy settings on the site are too darn complicated, and also hidden deep inside the settings. As a […]

Norton Safe Web is an url scanning service offered by Norton, a company that is owned by security company Symantec. It scans websites and urls, and displays possible threats found on those […]

Many Internet users who want to view and edit documents online use Google Docs to do so. There are other services besides Google Docs, but none that can compete with Google's service […]

Update: Facebook has released Facebook Lite for Android, a mobile application that promises better performance when connected to 2G or in areas with bad network reception. Facebook some time ago offered their […]

Keeping track of all your Facebook friends can be a problem if you have a lot of them. We are not talking about a few dozens but hundreds or even thousands of […]

Popular software programs and online services are more likely to be targeted by malicious users than less popular services. Facebook is currently the most popular social networking service on the Internet, and […]

Internet Explorer users are limited when it comes to add-ons and extensions provided for the browser. This is especially noticeable when the selection of add-ons is compared to other web browsers like […]

Mafia Wars is a very popular game on Facebook with thousands of players playing it at any given time of the day. It is a so called browser game in which the […]

There are two major issues that users experience when they have troubles login in on Facebook. Some users run into issues that are related to Facebook not loading correctly. It can be […]

If you are a Facebook regular, chance is you have played around with some of the applications offered on the social networking sites. This ranges from the overly popular Farmville game over […]

Popular web services like Facebook, Gmail or Yahoo Mail can usually be improved through the use of browser add-ons and userscripts that add or change functionality directly on those websites. Facebook Fixer […]

About a week ago Facebook's own Mark Zuckerberg posted an open letter to the community announcing some long awaited privacy changes to the popular social networking website. What most users would not […] 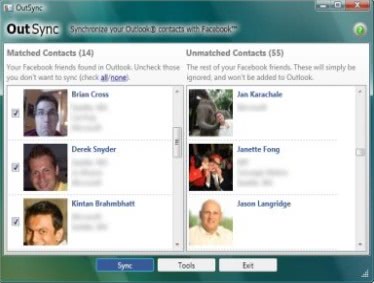 Microsoft's Outlook email client comes with an option to add photos to contacts that have been added automatically or manually by the user. This does make sense as it becomes easier to […]

Quizzes are quite popular on Facebook. Have you ever asked yourself which information are accessible to quizzes and applications if you allow them to access your account, before taking the quiz to […]

Mark Zuckerberg announced upcoming changes to Facebook's privacy settings in an open letter to the Facebook community. The main reason for the privacy change is connected to the incredible growth of the […]

According to several reports on websites such as Computerworld, a new phishing scam is currently in the wild that attempts to steal Facebook login information from users of the social networking site. […]

Chance is you have a Facebook account. Hundreds of millions of users have one and at least some of them are looking for ways to change the standard appearance and functionality of […]

Update: The program has not been updated for quite some time and it appears that it is not working properly anymore because of this. We have removed the link as a consequence. […]

Facebook is currently the most popular social networking website on the Internet. The social networking service had more than 2 billion monthly active users in the third-quarter of 2017. Facebook login problems […]

Many online services do not offer the means to backup data locally. Users who want to backup data are usually left with a tedious manual process (like downloading pictures or videos one […]

Facebook has activated a lite version of their popular website for users in selected countries. Facebook Lite was initially designed to offer users with slow Internet connections a faster way of accessing […]