The update is already available via the web browser's built-in automatic updating functionality. Firefox users should receive update notifications when they run the browser. Users who want to speed up the process -- it may take a bit of time before the browser runs the check for updates -- may run a manual check instead.

Update: Firefox 69.0.2 has a bug that prevents file downloads on Windows 10 systems when Parental Control systems are active. Mozilla is aware of the issue and will release a patch soon End

To do that, select Menu > Help > About Firefox. The browser displays the installed version and runs an update check. The new version is either downloaded and installed automatically or manually depending on the browser's preferences. 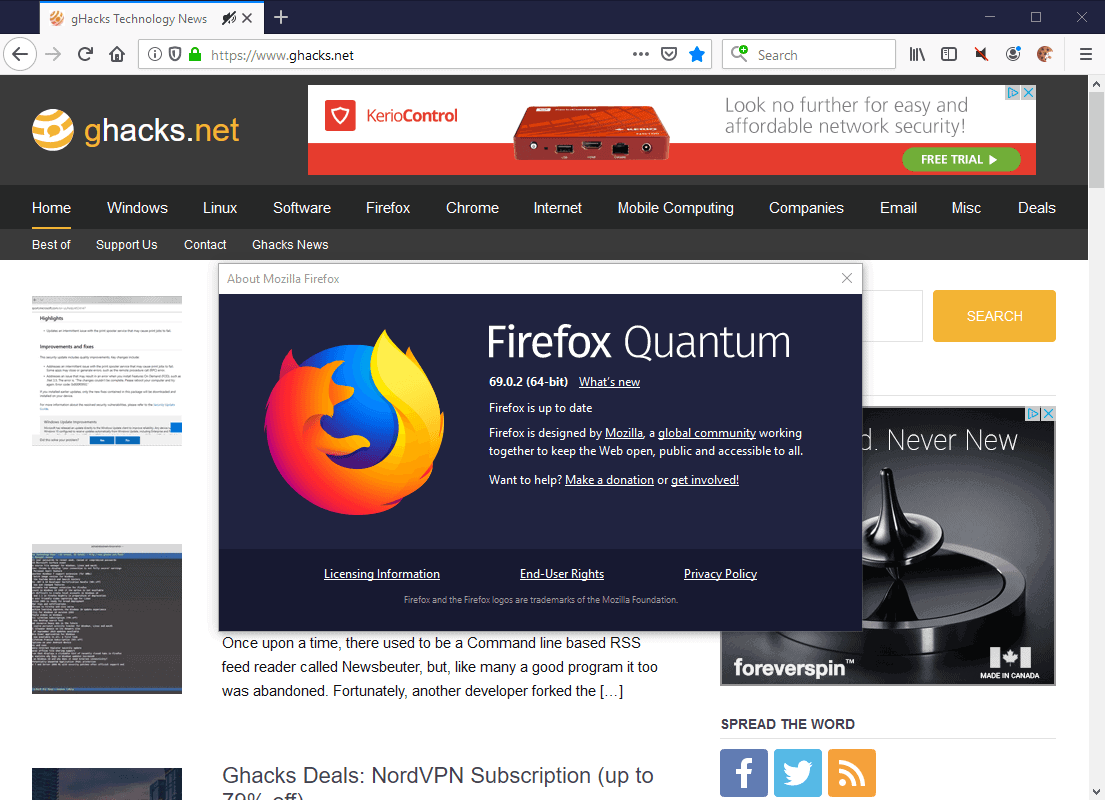 Firefox 69.0.2 is a bug fix release that addresses two crashes in the browser.

Firefox users who are affected by any of the issues may want to upgrade the web browser immediately to resolve the crashes. There is no hurry for users not affected by the issues to install the update as the fixes will be part of the Firefox 70 release on October 22, 2019.

Now You: did you notice any of the issues? Do you use Office 365 or change the playback speed on YouTube?