How to mute the microphone of your Android device - gHacks Tech News
ghacks.net

How to mute the microphone of your Android device

Android devices do not offer an option to mute the device's microphone with a switch. While you can change the volume of sound, that does not seem to affect the microphone at all.

This can be a problem in some situations. Say, you are making a phone call and want to talk to someone near you for a moment, or you prefer that the mic of your phone is muted to block any possibility of someone recording any sound near you.

I created my first Vine video today to test the service, and noticed that it records audio automatically, and does not offer any option to disable that functionality.

While there is a mute feature in the settings, it is only muting sound that is playing, and not the recording sound.

I started to go through apps on the Google Play store that promised to turn off the microphone of the phone.

Update: The application Mute Mic is no longer available. I suggest you try alternatives such as Mute or Microphone Block. End

After some testing and apps that crashed on my Moto G phone, I found the app Mute Mic and it worked just fine.

Mute Mic is a simple application that offers a toggle button in its interface that you can use to mute or unmute the microphone of your Android device.

To mute the microphone, simply open the app and tap on the button. It should display muted afterwards indicating that you have just muted the microphone of your device. 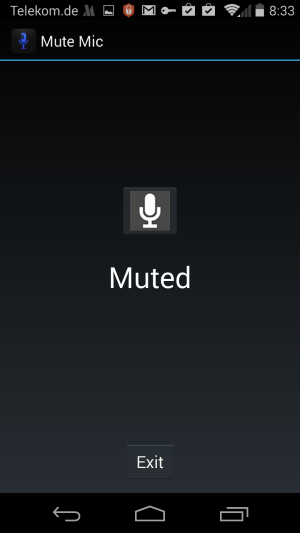 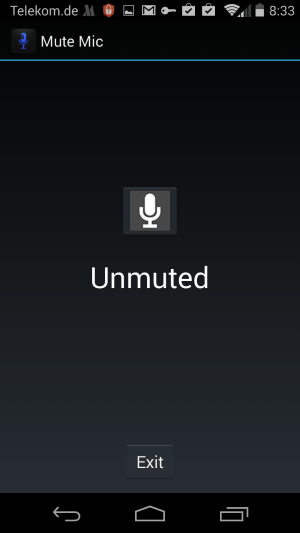 To unmute, perform the same steps again. It displays unmuted then to indicate that you can use the microphone again, for instance to record audio or to talk to someone on the phone.

The only downside here is that there is no widget for the operation that you can place in a prominent position to perform it faster. But if you place the icon of the Mute Mic app prominently, you will just have to tap once more for the functionality.

Please note that I have only tested the feature using Vine. I muted the microphone and recorded another video on Vine. I then played it back and there was no sound.

If you use it during phone or video calls, you need to make sure that you don't forget to unmute it whenever you want to speak, and exit it when you do not need it anymore. It is important to hit unmute and then exit when you are finished, as the mic will remain muted otherwise.

The application worked exactly as advertised on my Moto G phone. Several users reported that they had issues with the application and rated it rather low. May be a hit and miss depending on which Android device you are using. It is compatible with all Android systems from version 2.1 upwards and has a size of only 33 Kilobytes.