Website banned? Try the encrypted url to bypass it

There are many ways to ban a website from a network. You can ban its domain name, the IP address of the server it is hosted on, or by using on-page keyword analysis in real-time to make sure the contents on a site do not contain any blacklisted words or phrases.

Depending on the implementation, it may be easy or difficult to get passed it so that you can access the website even if it has been blocked in the network by the system administrator.Most admins ban the domain name only, meaning the address you use to access it, which is a weak way of blocking access to websites as you can use proxy servers or the site's IP address to access it nevertheless.

There are actually several ways to replace an url to access a website. I have already mentioned the possibility of using a site's IP address. Another is through the use of encryption.

The results are the same in the end provided that the browser supports it.

A fine tool that displays all variants of encrypted urls is url encryptor. Just enter the url that you want to visit and it displays all encrypted forms (and others) on its page. You can then try and access the website that is banned using those urls and you will be surprised how often this actually works. (Update: no longer available). 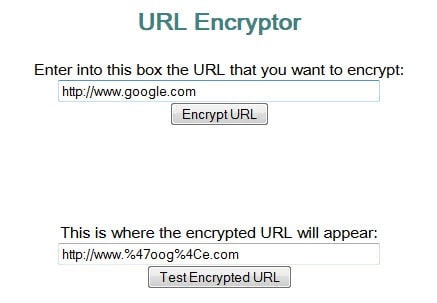 I think an example would be fine. Let us take myspace.com for example. If myspace is banned you could use the following urls to access it anyway.

Another method that could work would be to access http://myspace.com/ instead of http://www.myspace.com/, or https://myspace.com/. This can be the case if the admin blocked only the domain with www. or without, or if the https version has not been blocked but is made available.

Update: The website itself is no longer available. Try the url encryption script instead which encrypts the url as well. Note that it may not work as well as using the IP address or a proxy server though because modern web browsers tend to load the correct address right away which may be blocked by the firewall or security software.

Martin Brinkmann is a journalist from Germany who founded Ghacks Technology News Back in 2005. He is passionate about all things tech and knows the Internet and computers like the back of his hand. You can follow Martin on Facebook or Twitter
View all posts by Martin Brinkmann â†’
Previous Post: « Search for and download mp3 with Clickster
Next Post: Jabbits Ask Questions Get Answers »