The security issue could be abused to cause CPU usage to increase to 100% until the malicious HTTP/2 "connections are killed by IIS". 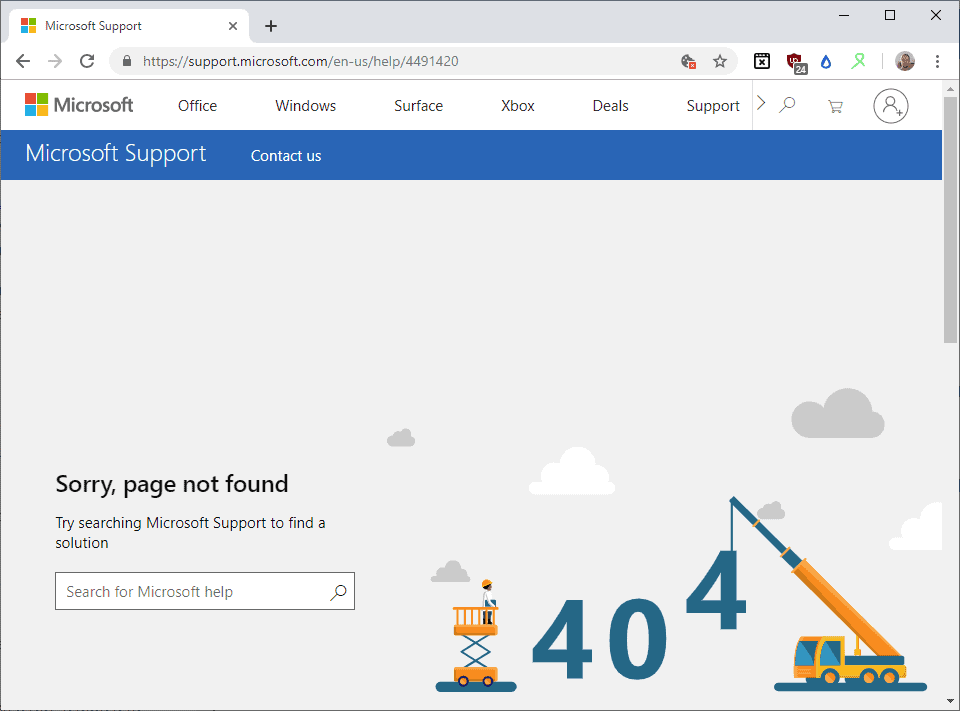 It is not the first time that non-security updates update security related content. The main issue with the approach is that it weakens the already-very-weak distinction between the monthly security and non-security releases.

The approach is far from ideal especially for administrators and users who install security-only patches exclusively on devices.

Update: Microsoft published the support article in the meantime.

What makes this particular security advisory even more problematic is that Microsoft asks customers to review a Knowledge Base article that does not exist.

The security advisory was published yesterday, but the essential support article is not published yet (a day after the release). It is possible that Microsoft made an error when it added the link to the page, but someone would certainly have verified the link before hitting the publish button.

It is unclear whether the installation of the updates fixes the issues or if other steps are required to resolve it completely.

This is not the first time that Microsoft released updates or advisories without publishing their support pages. I published Microsoft, please publish support pages before updates in 2016 to raise awareness for the issue.

Users and administrators may encounter Windows updates and patches without option to find out what they actually do, may introduce issues, or have additional steps or requirements.

Administrators could install the patches and hope for the best in this particular case, or wait until Microsoft publishes the support page. Both options are not very pleasant; the first could mean that important steps to protect the server are not implemented because of missing instructions, the second that attacks could hit the server while the administrator waits for Microsoft to release the support page.

Now You: What would you do and what is your take on this? (via Ask Woody)

Martin Brinkmann is a journalist from Germany who founded Ghacks Technology News Back in 2005. He is passionate about all things tech and knows the Internet and computers like the back of his hand. You can follow Martin on Facebook or Twitter
View all posts by Martin Brinkmann →
Previous Post: « Windows 10 updates KB4487029, KB4487021, KB4487011 and KB4487006 released
Next Post: How Windows Sandbox config files work »