If you are a regular here on Ghacks Technology News you know that I cover Windows Updates each month here on this site.

The overview is designed to help Windows users make educated decisions about the patches that Microsoft releases in a given month.

This works out fine most of the time, as I can use Microsoft Knowledgebase articles to find out more about updates that the company released in a particular month.

It is quite common that support pages for updates are not published in time, leaving users puzzled as to what an important or recommended update does as they may have no way of finding out about it in advance. 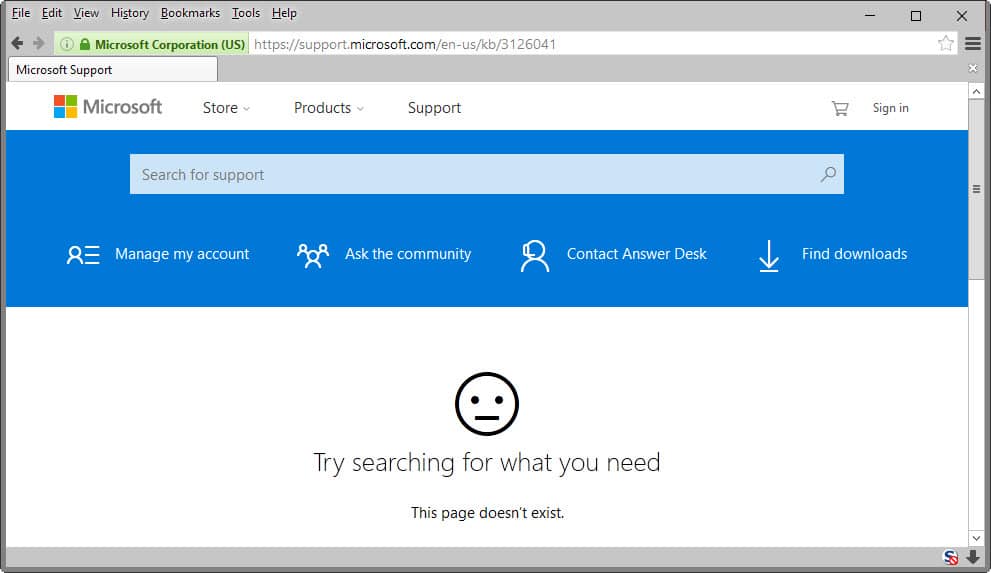 As you may know, a more link is listed next to each update that is offered via Windows Update. This link leads to the patche's Knowledgebase page on the Microsoft website where information about the update is revealed to the interested user.

Two of the pages (the first two) have been published in the meantime while the last has not at the time of writing.

That's bad for users and system administrators who want to know what an update does before they install it on their system.

There is a growing number of users on Windows 7 and 8.1 who don't want any of the "Get Windows 10" updates on their system as they have no plans to upgrade to Microsoft's new operating system.

Those users may want to block these updates before they are installed, but they can do so only if they know what each of the released updates does.

When Microsoft fails to publish a support page in time, it puts users who want to know what they install on their system in a precarious situation.

They can either delay the installation of the update they know nothing about until the support page is published, or install it anyway hoping for the best.

The first choice may delay the deployment of critical updates on the system. Considering that attacks may be carried out as soon as Microsoft releases information about security updates, it may leave the system wide open to attacks then.

Ultimately, it is a bad practice not to publish support pages in time so that they are available to all users before updates are pushed out via Windows Update. It reflects poorly on Microsoft, as the "more info" link returns a "page not found" error when clicked on, and makes it seem as if the company does not really care as this has been going on for years.

Now You: Do you research each update before you install it?

Martin Brinkmann is a journalist from Germany who founded Ghacks Technology News Back in 2005. He is passionate about all things tech and knows the Internet and computers like the back of his hand. You can follow Martin on Facebook or Twitter
View all posts by Martin Brinkmann →
Previous Post: « Microsoft: Windows 10 has an install base of 16% (November 2015)
Next Post: Microsoft promises to implement full Windows 10 data tracking controls »