Microsoft's Image Composite Editor received great reviews when the company released it back in 2008.

It was released as a Microsoft Research project back then allowing users to create panoramic images by stitching together multiple photos of the same scene.

All of that was handled automatically by the program which made it very comfortable to use. The application produced great results most of the time as well which helped its rise to popularity.

Almost seven years later, Image Composite Editor 2 has been released. The program is available for supported 32-bit or 64-bit versions of the Microsoft Windows operating system.

Its basic purpose remains the same: combine overlapping photos from a single location into a single image that combines the original images seamlessly. The method enables you to create larger images of a scene by combining multiple photos that depict it.

Image Composite Editor 2 ships with several new features that improve the process further. The top feature of the release is without doubt auto-completion which you can use to fill in missing pixels when creating panoramas.

Your only option before was to crop the image so that these missing pixels would not show up in the end result. With auto-complete, you can have Image Composite Editor 2 fill these spots so that you don't have to crop as much from the photo as before.

The process itself is still straightforward. 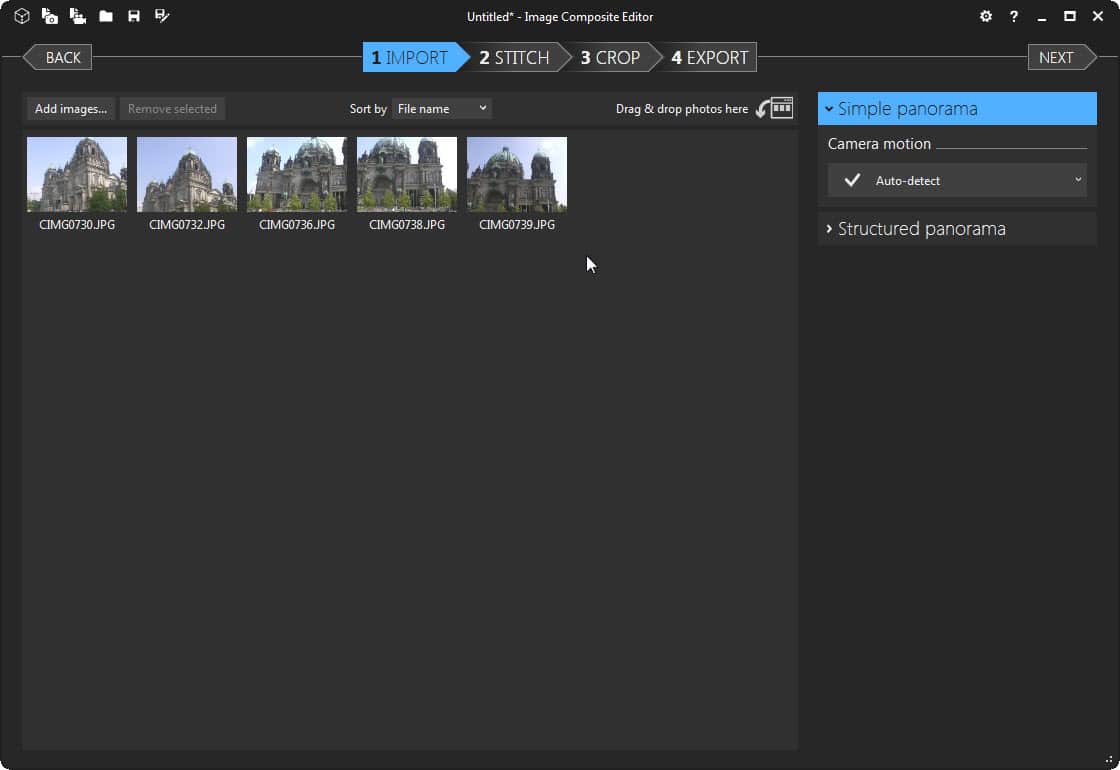 2. Wait for the program to analyze the photos that you have added and compose a resulting image. 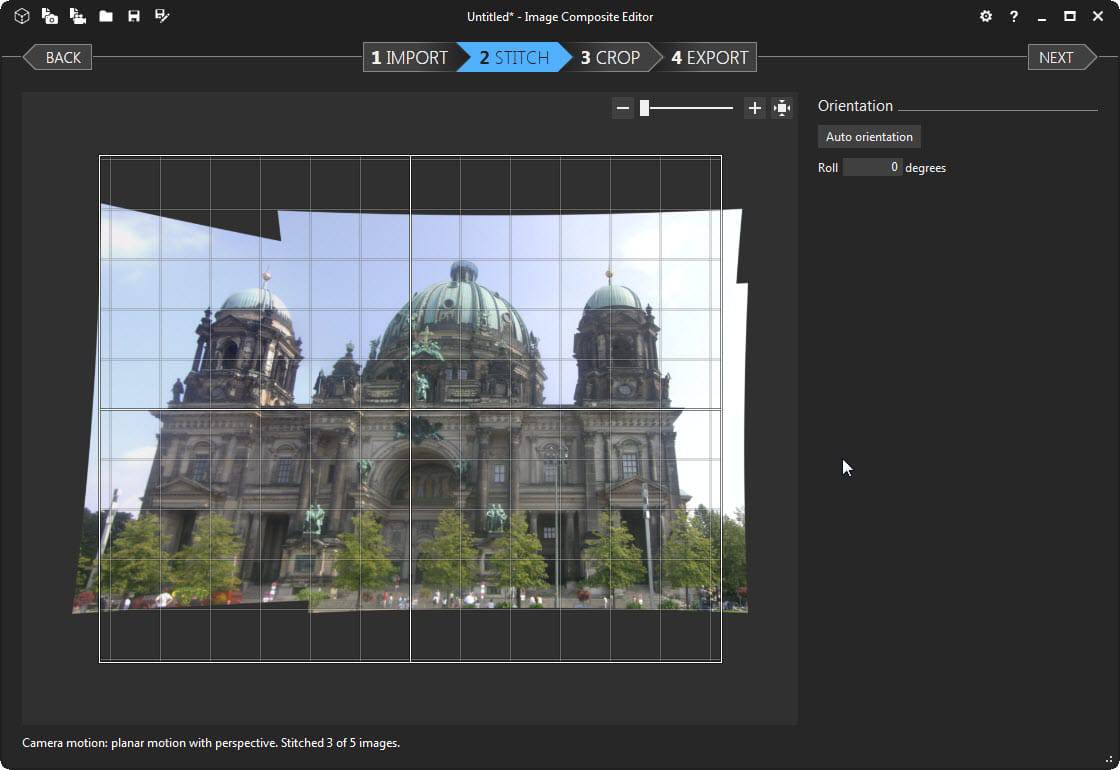 3. Crop the resulting image in the third step.

You can use the auto-complete feature here to have ICE fill out blank spots automatically. Other options are to auto-crop the image and to manually crop it. 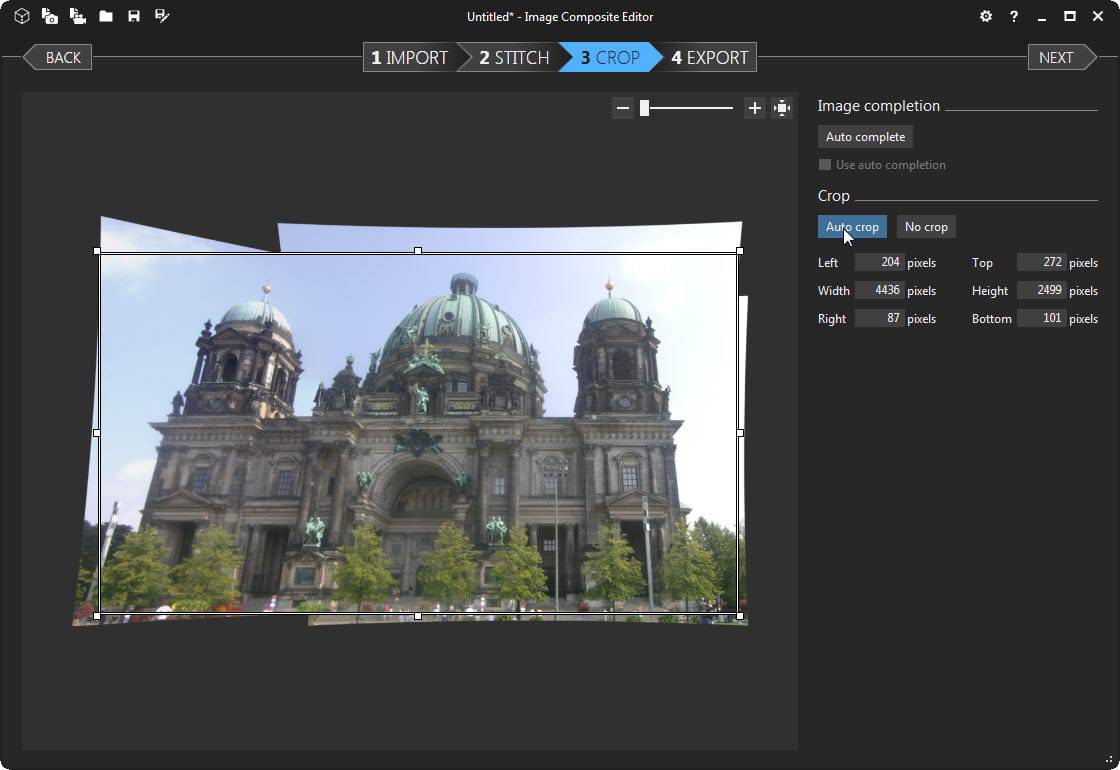 4. Export the created panoramic image to the local disc or to the Photosynth online service. 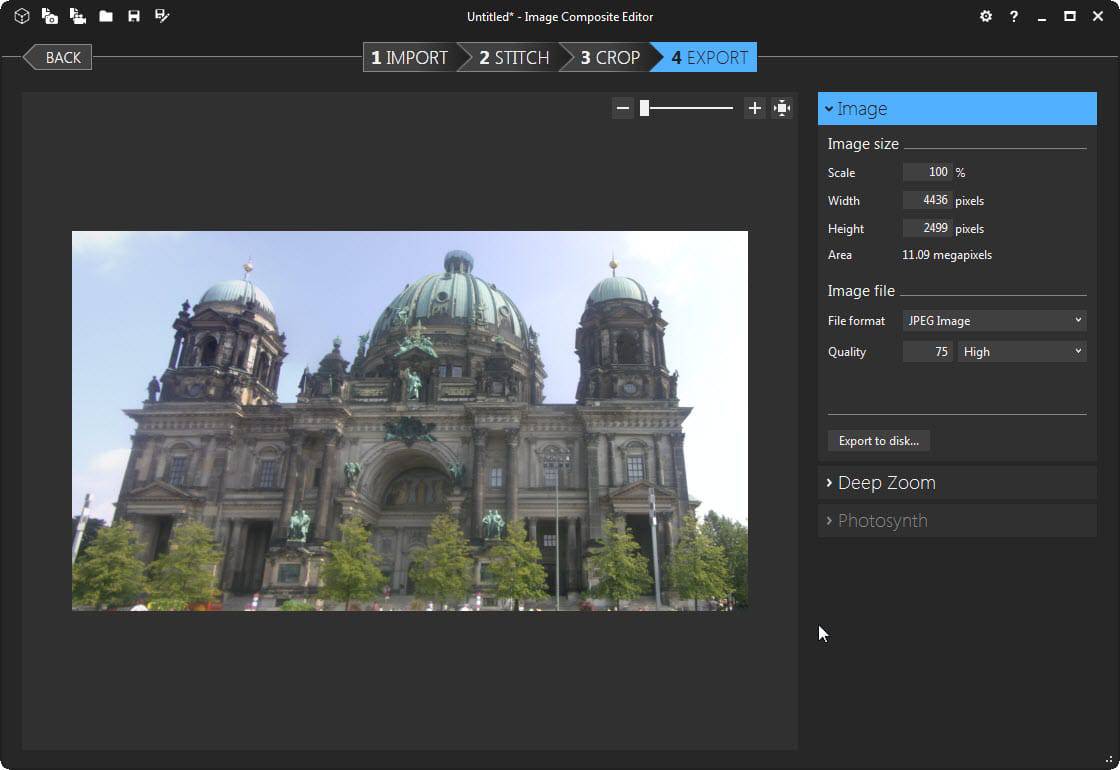 Image Composite Editor supports videos as well and can create panoramas from video files that you load into the program. The feature has been available for some time though and is not new in version 2 of the application.

The latest version of the editor supports new projections. The stereographic projection allows you to turn a 360 degree panorama into a little planet image which also supports auto-completion and cropping.

Take a look at the demo video that Microsoft created for the release.

As far as features are concerned, there are more to explore. ICE supports RAW images for example and has no size limitations according to Microsoft which means that you can use it to create Gigapixel panoramas.

Image Composite Editor is an excellent program for Windows that is easy to use and very powerful at the same time.

Martin Brinkmann is a journalist from Germany who founded Ghacks Technology News Back in 2005. He is passionate about all things tech and knows the Internet and computers like the back of his hand. You can follow Martin on Facebook or Twitter
View all posts by Martin Brinkmann →
Previous Post: « Instant WordPress creates a local WordPress installation on Windows in seconds
Next Post: First look at TMSU, a file tagging program with virtual drive mounting capabilities »