The long standing online translation service Babel Fish is no more. The web application that was launched in 1999 changed owner twice, first in 2003 when it was bought by AltaVista, and then again in the same year when Yahoo bought the AltaVista company. Babel Fish had two core features: first a text translation feature that could translate up to 150 words into a different language, and then a web page translation feature that would translate a page on the Internet into a different language.

When you compare the offering to what Bing Translator offers, you will notice that the switch to Microsoft could feel like an upgrade to some users of the Babel Fish service, at least when it comes to the functionality provided by the service. 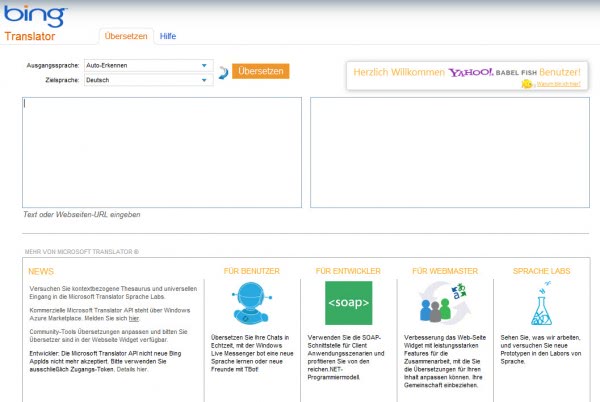 Babel Fish users who are trying to access the website of the service will notice that they are now automatically being redirected to the Bing Translator website where they are greeted with a welcome message that they can click on to read up on the transition. 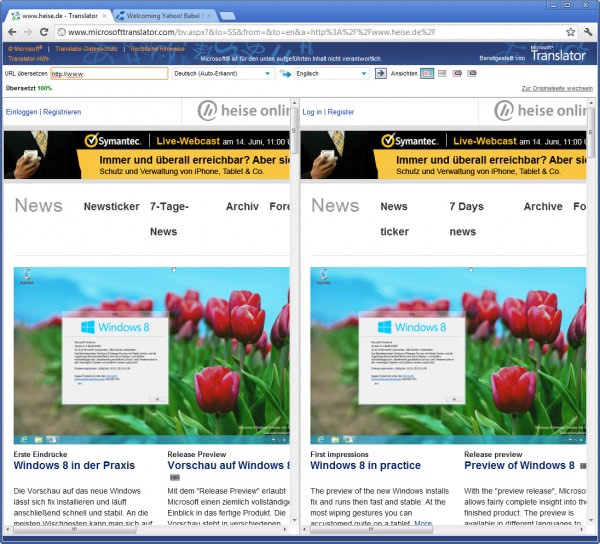 Yahoo has now released an official statement about the closing of the Babel Fish translation service. It is however likely that it is part of the company's restructuring.