Microsoft has updated their software Windows 7 Upgrade Advisor two days ago. Windows 7 Upgrade Advisor is a tool that runs on Windows XP and Windows Vista. It can be used to audit the computer system to find out if it is compatible with Microsoft's latest operating system Windows 7. To do that the program will scan the computer system's hardware and software for compatibility issues. It also offers guidance and explains how to overcome these issues to make the system compatible with Windows 7.

The program needs to be installed before it can be used to audit the system. A scan takes less than a minute to complete. 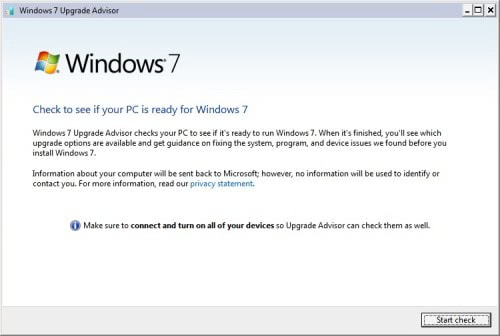 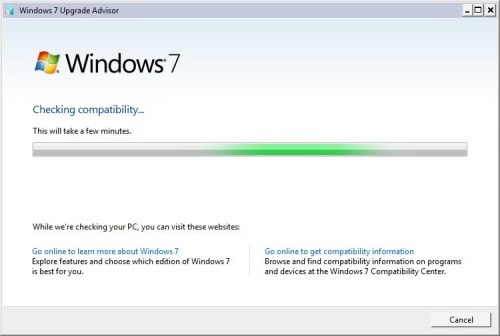 The results of the system audit are displayed in two tabs for 32-bit and 64-bit Windows 7 systems with the 32-bit report displayed by default. 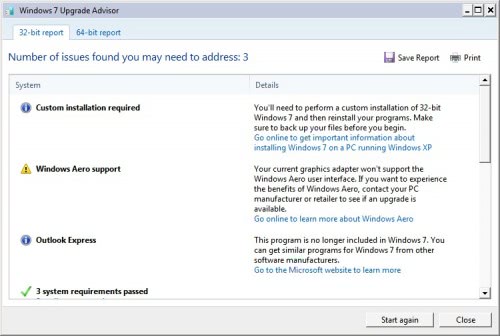 Each report is divided into the three sections System, Devices and Programs. System analyses general issues the user might run into, for example if Windows Aero is supported or if a custom installation is required (for Windows XP systems). The hardware of the system is analysed under Devices again with information if hardware is compatible with Windows 7. Programs finally takes a look at some of the installed programs and displays if they have issues running under Windows 7.

The Windows 7 Upgrade Advisor can be helpful for users who are already running a computer system with another Microsoft operating system. It on the other hand does not help users who plan to build a PC on their own or purchase a system. A false positive was listed in the report on a Windows XP SP3 test system. Missing Windows Aero support was one of the issues that were found by the Windows 7 Upgrade Advisor which seems highly unlikely considering that an Ati Radeon HD 4870 video card was installed in the system. The software can be downloaded at the Microsoft website.