Xkcd is a website where new comics are posted regularly. Most of these comics apply to a geek audience and may cause confusion by the rest of the population. The characters in the comics are drawn as stickmen and there is usually lots of text to accompany the drawings. The comics are provided as single images which can be viewed on the website or in an RSS reader.

The xkcd Wallpaper Randomiser is a lightweight software program for the Windows operating system which can be used to grab a random comic from the xkdc website. The comic is displayed in the interface of the portable software program where it can be viewed and set as the wallpaper of the computer system. 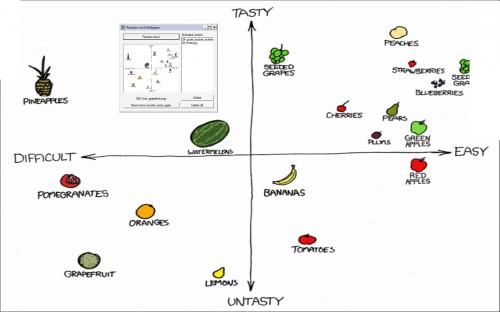 All downloaded comics are stored in a local cache so that they are not downloaded again should they be selected by the random comic chooser again at a later time. It is possible to exclude comics from bein displayed as wallpapers by adding them to the exclude list.

The program supports two command line parameters which can be used to automate the process of setting a new wallpaper. The parameter -random will change the wallpaper without displaying the graphical user interface while -silent will ignore any popup windows that might appear (e.g. an error if there is no Internet connection). These parameters combined with a shortcut can be added to the autostart folder or task scheduler to change the wallpaper regularly and automatically.

The program and its source code are available at the developer's website.

Update: The developer website is down and it is not clear if it will be up again in the future. It seems that the program has vanished from the Internet, with large software repositories also not carrying it (anymore). An alternative for Linux is the Random Xkcd Wallpaper, but that's Linux only unfortunately.