It pays off to pay attention to the discussion going on at the Donation Coder forum. A one year old thread was reactivated with the information that ZoneScreen was updated recently adding 64-bit support to the amazing computer program that can extend the desktop display using displays of other computers.

ZoneScreen offers two possibilities. The first is to mirror a computer desktop on another computer while the second extends the screen of the first computer. The only requirements are at least two computer screens and a network connection between the two computers. The software developer provides download versions for most Microsoft operating systems beginning with Windows 98 up to Windows Vista and even a Windows Mobile 2003 version.

So what could you possible do with this? It would be possible to run an application on a Pocket PC next to your PC, for example the Task Manager or an email program which would still display information while using another application in full screen mode. 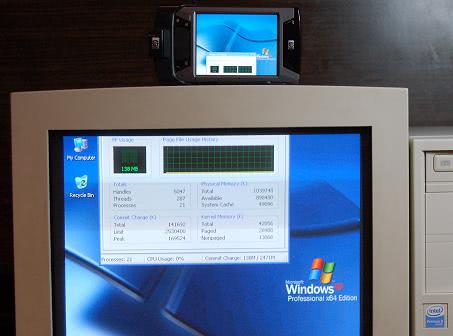 It basically works by running ZoneScreen in server mode on the main computer and in client mode on the other computer. 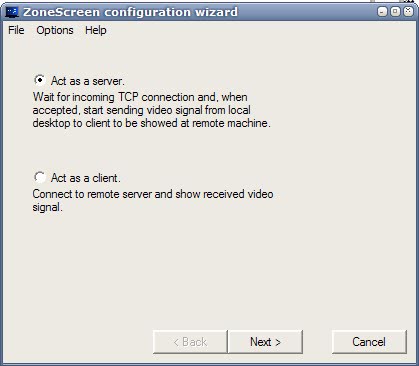 The data that is send over the network is not encrypted which should be taken into account when using ZoneScreen.

Martin Brinkmann is a journalist from Germany who founded Ghacks Technology News Back in 2005. He is passionate about all things tech and knows the Internet and computers like the back of his hand. You can follow Martin on Facebook or Twitter
View all posts by Martin Brinkmann →
Previous Post: « Run CCleaner With One Mouse Click
Next Post: Microsoft Touchless »