Create Your Own Manga Avatar With Face Your Manga

Face Your Manga tries to take advantage of the fact by providing its visitors a way to create Manga avatars that visitors can use in forums, social bookmarking and community websites. 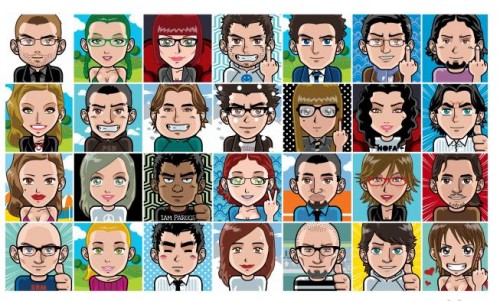 The process reminds of the Mii creation on the Nintendo Wii. The user picks a gender for his avatar and can then customize various facial features like the hair, eyes, and nose. Nintendo Wii users should experience no difficulties creating the avatars, and everyone else won't run into a lot either.

It's pretty much about picking the right facial feature and color to go along with the avatar. Face, Eyes, Nose, Mouth, Ears, and Hairs are the six main parts of the face that can be changed. Most containing subcategories; Eyes are for instance further divided into Shape and Eyebrows.

Add clothes, stuff, and background to that and the opportunity to add makeup to the avatar. Want your avatar to wear a tie, a peace logo, tattoo, and piercing? No problem. The avatars are sent to an email address that has to be entered with some additional data. It's probably a way of collecting emails, and I would advise using an email account that does not receive private emails for that. It has to be able to receive attachments, so most disposable email services are out of the question.

You need to create an account before you can get started creating your Manga-self. The site operators have recently released an application for Apple's iOS operating system that offers similar functionality. A free and paid version is available for the iPhone and iPod Touch.

Article Name
Create Your Own Manga Avatar With Face Your Manga
Description
Face Your Manga tries to take advantage of the fact by providing its visitors a way to create their Manga avatars to be used in forums, social bookmarking and community websites.
Author
Martin Brinkmann
Publisher
Ghacks Technology News
Logo
Advertisement