Once the hard disk has been analyzed one out of six methods to defragment and optimize the hard disk can be selected from the left pane. This includes the following options: 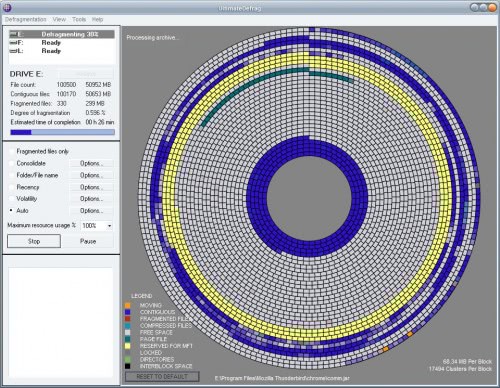 The user can select specific files and folders that should receive the best positions on the hard disk to achieve the best performance possible. This can be for instance the Windows directory, a game, dynamic link libraries or applications. On the other hand files and folders that do not require the best performance can be selected to be placed in the slower sectors of the hard drive. This includes archives, images and backup files, and files in general that are not accessed very often.

The help file of Ultimate Defrag is excellent. It gives an explanation of hard disk performance at the beginning, explains all the settings and functions in a non-geeky way and even provides examples of how to optimize computers based on usage, say gaming, office and home.

The Ultimate Defrag Free version is available at Freeware Geeks. I would like to mention that I'm not a lab and I do not have the possibility to check the performance before and after the defragmentation scientifically. My computer is relatively new with not enough files to test the new performance. It does make sense however that this could indeed increase system performance.