Microsoft has released two security updates for the company's Windows 10 and Windows Server operating systems to address security flaws found in many Intel processors. The updates address issues related to the Spectre and Meltdown flaws discovered in 2018,

Tip: you can find out if your systems are affected by the security issues in several ways. On Windows, you can use PowerShell or a third-party program like InSpectre, and if you are using Linux, you may find this checkup tool useful.

The updates that Microsoft released this week are for the following operating system versions:

The updates address the following flaws:

Microsoft notes that Intel has "completed software validations" and released new microcode for "current CPU platforms" to fix these threats.

The updates should only be installed on systems with affected processors. You need to check the support page on the Microsoft website to find out if the installed processor on a system is supported by the update.

Since the flaws affect most Intel processors released by the company in recent time, it is very likely that the processor is on the list (unless it is very old or rare).

How to obtain the update 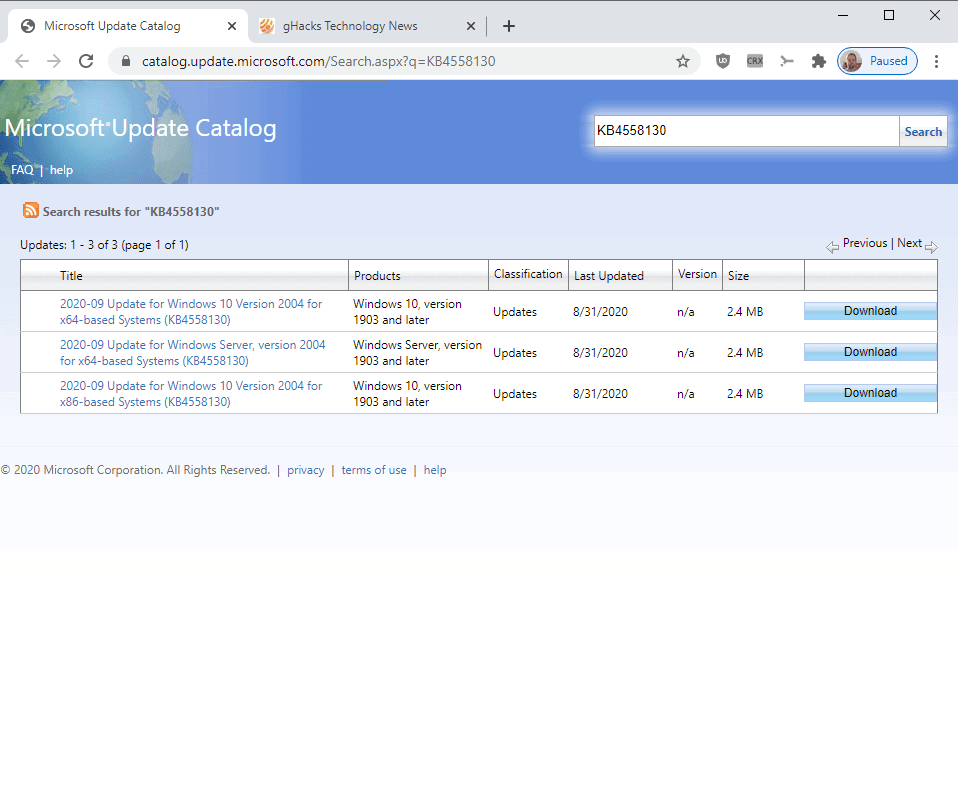 Microsoft plans to make the update available via Windows Update, but only for "some select products (CPUs)". The company does not reveal the names of the processors. If you check on Windows Updates and don't see the update, you need to download it from the company's Microsoft Update Catalog website to download and install it manually.

Note that you need to verify that the CPU of the system is supported by the updates before you start the process to avoid any issues.

Now You: Have you installed Intel microcode updates on your systems?