Do this if you don't receive WhatsApp Broadcast Messages (anymore)

I bought a new Google Pixel 3a recently as my trusted Nokia 5 Android phone was showing signs of age. I wanted to stick with Nokia initially but none of the phones that were available at the time looked attractive enough and I did not want to wait anymore.

Google unveiled the Pixel 3a and I made the decision to pick it instead. More expensive than what I usually paid for a phone but it offered all the things that I liked (including a small form factor).

One thing that I noticed after a couple of days of using the new device was that I did not receive any Broadcast messages anymore. Broadcasts differ from group chats in one key thing: instead of allowing anyone to post messages that everyone else in a group can read and reply to, messages flow only between the broadcast operator and individuals. The operator can send out messages to everyone while subscribers only to the broadcast operator.

I'm subscribed to two broadcast channels -- completely different topics unrelated to tech -- and while these two channels did not broadcast every day, the absence of any message over a long period of time was puzzling at first.

The channels were still listed in WhatsApp and I could scroll through the history. I spend some time troubleshooting the issue and discovered that the two broadcast channels were not listed as contacts on the device.

I made the decision to give this a try by adding one of the channels as a contact to see if it would resolve the issue. 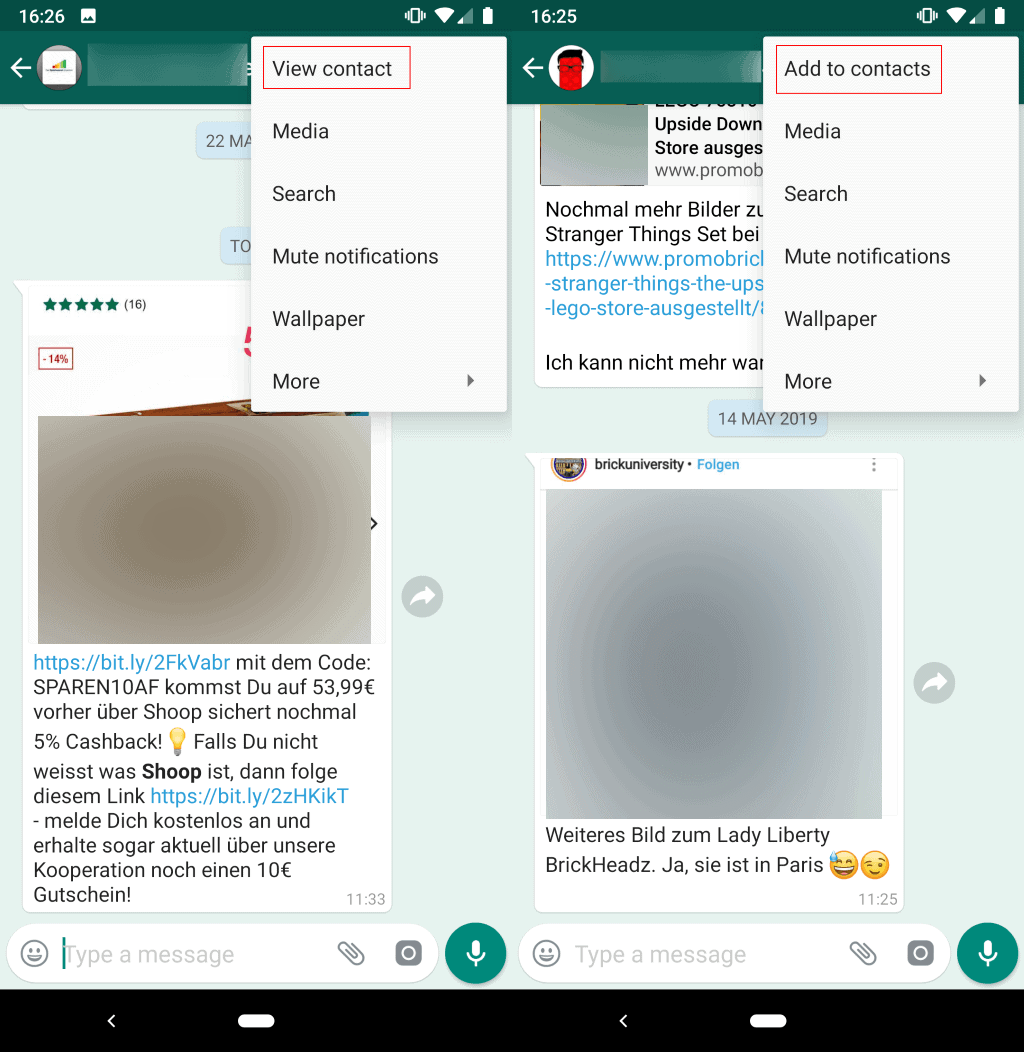 Here is how you can find out if you have a broadcast provider in the contacts list on your Android device:

To resolve this, simply select "Add to contacts" > "Create a new contact", type a name, and hit save.

Article Name
Do this if you don't receive WhatsApp Broadcast Messages (anymore)
Description
Not receiving any WhatsApp broadcast messages from broadcast providers you are subscribed to? Check if the provider is in the contacts. Here is how!
Author
Martin Brinkmann
Publisher
Ghacks Technology News
Logo